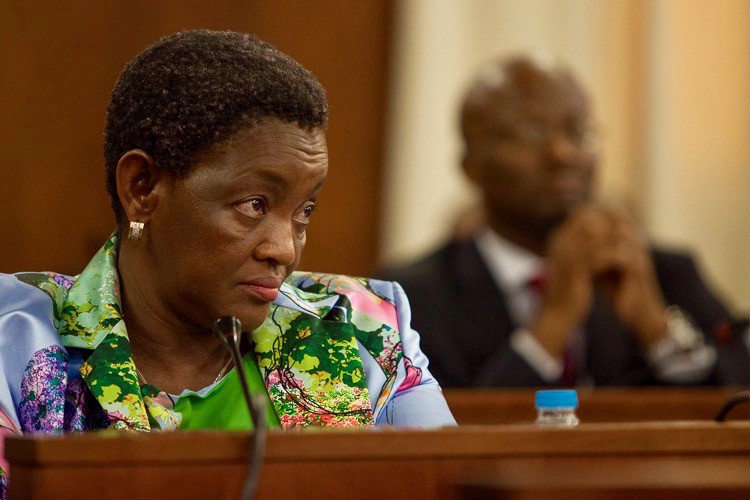 The Constitutional Court has ordered former Minister of Social Development Bathabile Dlamini, in her personal capacity, to pay 20% of the costs of the long litigation over social grant payments.

The remainder is to be paid by the SA Social Security Agency (SASSA) and the Department of Social Development.

The Black Sash Trust filed an application in March last year requesting that the court supervise the payments of social grants. It said the South African Social Security Agency (SASSA) would not meet the April 2017 deadline to take over cash payments of social grants and this could result in a national crisis. The court extended the contract of Cash Paymaster Services (CPS), the private company responsible for paying cash grants, but ordered an inquiry into Dlamini’s personal role in SASSA’s failure to meet the deadline.

The five day inquiry was held in January this year, chaired by retired Judge Bernard Ngoepe, who submitted his report to the court.

In a unanimous judgement handed down on Thursday morning, the court said Dlamini had withheld information from the court and that this “demonstrates bad faith and at best reckless and grossly negligent conduct, both of which warrant personal costs against her”.

“It has been a sorry saga and it is proper that Minster Dlamini, in her personal capacity, bear a portion of the costs. It would account for her degree of culpability in misleading the Court- conduct which is deserving of censure by this Court as a mark of displeasure – more so since she held a position of responsibility as a member of the Executive,” read the judgement.

Dlamini is now minister in the Presidency responsible for women.

The judges also said Ngoepe’s report strongly suggested that some of Dlamini’s evidence under oath in her affidavits was false.

It said a copy of the inquiry report and judgment would be sent to the National Director of Public Prosecutions to consider whether Dlamini had lied under oath and if she should be prosecuted for perjury.

“This conclusion is a serious and sad one, especially in the context of the provision of social grants to the most needy in our society. But if it is not to happen again, consequences must follow,” said the judges.

Lynette Maart, national director of Black Sash Trust, said the judgment was a victory for the South African public. “We welcome today’s judgment and the impact this will have for grant beneficiaries going forward,” she said.

Wandisa Phama, acting deputy director at the Centre for Applied Legal Studies, which represented the Black Sash, said: “The judgment sets an important precedent for holding public officials accountable for their reckless and negligent actions in executing their duties.”

Black Sash spokesperson Angie Richardson said it was not possible to calculate how much Dlamini would have to pay as those involved still had to submit invoices.