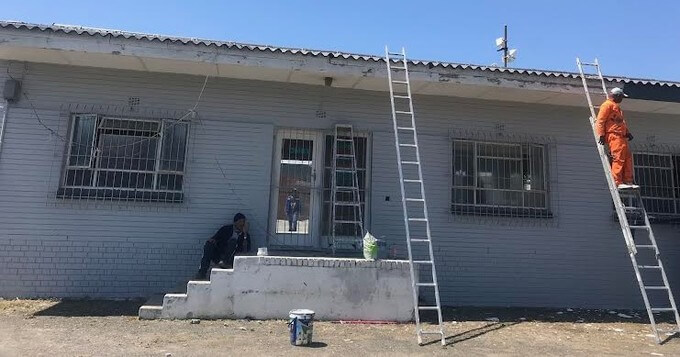 After a court battle lasting ten years, the new centre is set to open next year

More than ten years after the start of a court battle over the Cape Town Refugee Reception Centre, a new centre is finally taking shape in Epping.

When GroundUp visited on Tuesday, the site was a hive of activity. Workers were moving equipment inside the renovated main building, fixing a smaller building and repairing the roof.

The legal battle between refugee organisations and the Department of Home Affairs for the centre dates back to 2012, when the department first closed the Cape Town Refugee Reception Office. The closure meant refugees could only apply for asylum in Durban, Musina or Pretoria. The Western Cape High Court said the closure was unreasonable and irrational in 2012. The department was ordered to reopen the office by the same court in 2016, and then by the Supreme Court of Appeal in 2017.

Home Affairs then sought leave to appeal from the Constitutional Court but this was refused.

When Home Affairs still had not opened the Refugee Reception Office by 31 March 2018, the Legal Resources Centre (LRC) went back to court on behalf of the Scalabrini Centre and the Somali Association of South Africa. In May 2021, Acting Judge Alma de Wet ordered Home Affairs to submit monthly reports on progress opening the office.

Devon Turner of the LRC told GroundUp that the centre was now due to open next year. He said Judge de Wet and the LRC had conducted a visit to the site in July 2022. According to the minutes of the meeting, Chief Director of Asylum Seeker Management Mandla Madumisa said the premises would also house the Standing Committee for Refugee Affairs and the Refugee Appeals Authority of South Africa. There would be a covered seating area for overnight arrivals leading into the main seated reception area.

Madumisa said: “There are a series of counters with interpretation systems available via phone with interpreters at head office, three screens with numbers on them ticketing a queue management system with 12-14 counters for reception and self-service facilities, to renew your own permits. Then those to be processed further will go to the next section Refugee Status Determination.”

According to the minutes, there will be 14 offices for staff, an arrival area for 200 people, six toilets including a disabled toilet, air conditioning and stalls for four food trucks. The Epping industrial area is served by buses and taxis. “We are assured that trains will be back up”, the Department said. 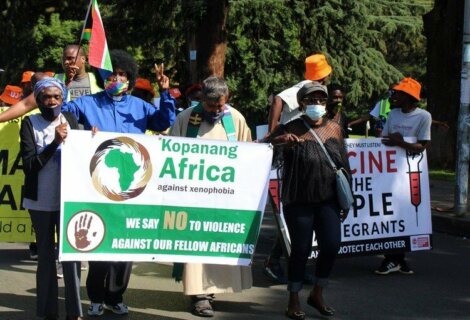