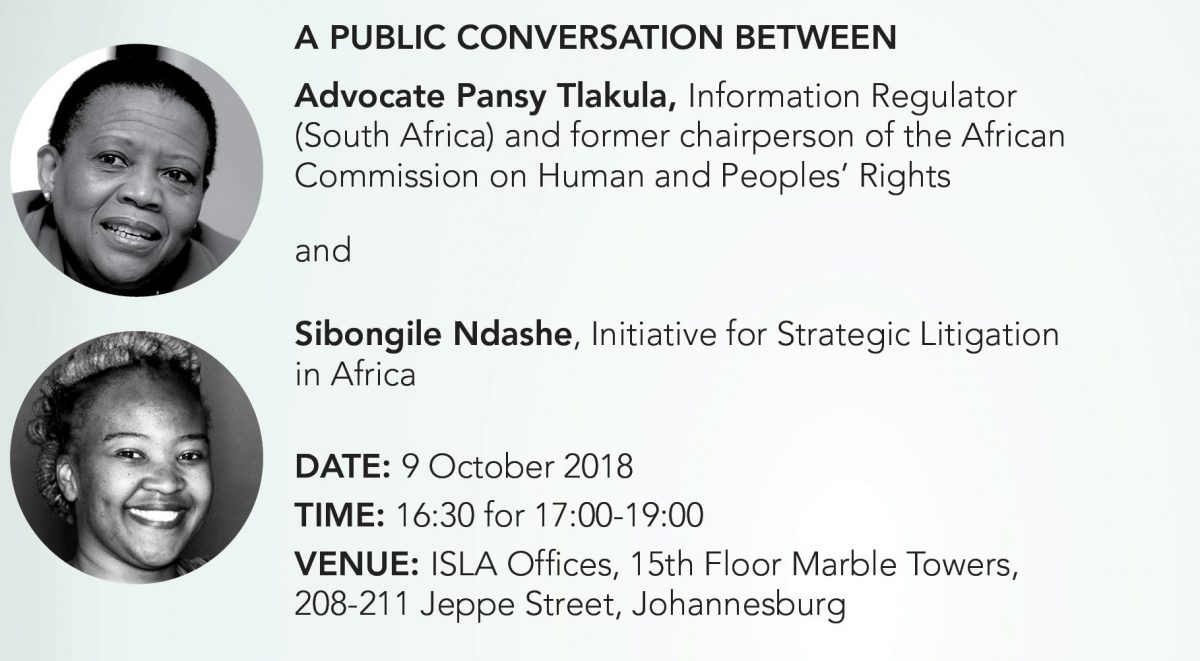 A PUBLIC CONVERSATION BETWEEN

Independence of the African Commission on Human and Peoples’ Rights

The African Commission on Human and Peoples’ Rights, ACHPR, is the main body that is tasked with the promotion and protection of human rights on the continent. Decision 1015 by the Executive Council of the African Union states that the ACHPR does not enjoy independence from the organs of the AU, that established it. This is untrue, the ACHPR was established under the African Charter on Human and Peoples’ Rights and its powers are set out there. There are other parts of the decision that are not consistent with the nature and the powers of the ACHPR and other comparable bodies that exercise similar oversight functions. Ultimately, if the ACHPR complies with the decision of the Executive Council it will make its ability to hold states accountable for human rights violations near impossible. When this decision is looked at in light of the closure of the Southern African Development Community (SADC) Tribunal and the recent conversations around African Union member states’ willingness to engage with the International Criminal Court (ICC), the developments are concerning.
This is also happening at a time when there is a global backlash against the international human rights systems of protection. What is at stake?