Give HIV home test kits to men who have sex with men, say researchers 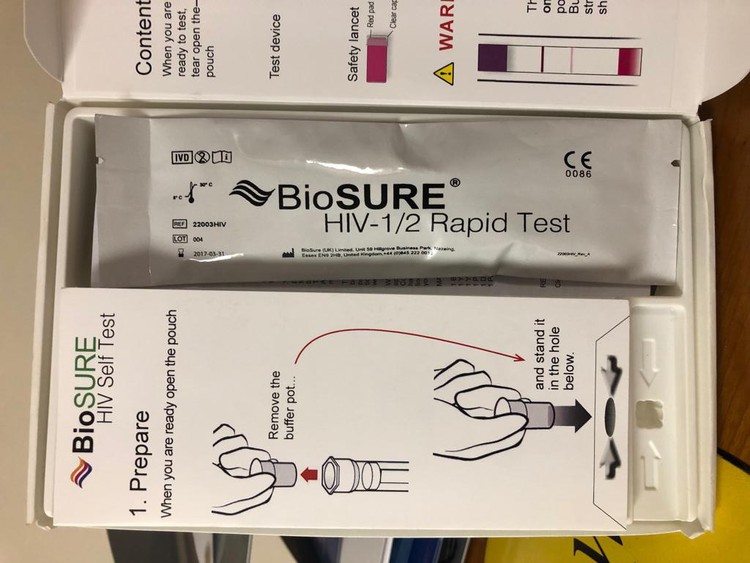 Give HIV home test kits to men who have sex with men, say researchers

Giving men who have sex with men (MSM) access to free self-screening HIV kits would increase testing among hard-to-reach groups and help South Africa reach its HIV targets. This is according to a new study published in the South African Medical Journal (SAMJ).

The study was done with MSM in the high HIV-prevalence districts of Gert Sibande and Ehlanzeni in Mpumalanga. 127 people were provided with their choice of blood or oral fluid self-screening HIV testing kits. Some 114 responded to follow-up interviews, three months and six months after receiving the tests. 49% said they would prefer to obtain the kits from community organisations; 43% from a clinic; and 8% from a pharmacy. The majority could not afford to buy the kits.

“Although the healthcare system in South Africa can be accessed through local clinics, clinic-based testing is often impractical for MSM, who face barriers and stigma related to public health services owing to their sexual orientation,” according to the study.

The government needs to consider other ways of getting people tested, for example via community based organisations or peer groups, wrote the researchers.

They recommend that free or low cost self-testing HIV kits should be made available to MSM through community based initiatives.

According to the researchers no social harms were observed during the study.

However, Dr Peter Barron, a public health expert, sounded a note of caution when talking to GroundUp. It’s a new intervention and needs more “rigorous checks and balances including whether it is cost-effective” he said.

“What will the full cost of the programme involved in the distribution of the HIV self-testing kits be, and how many new cases will be diagnosed? Without more work on this — with some decent data — it is premature to say it should be taken to scale; especially if funded by the state where there are multiple competing priorities. Health technology assessments where interventions are ranked, prioritised and compared is the best way to get value for money,” said Barron.

But lead author of the study, Dr Oscar Radebe, told GroundUp that making the kits available would be cost effective.

If people know their HIV status, they can either take measures to prevent passing the virus on to others, or to prevent themselves becoming infected.

How does self-testing work in practice? Radebe said the screening tool does not confirm HIV positive results. You still need to go to the nearest health provider to confirm the results. The kit has instructions informing you what to do if the result is positive. It has a help line number which you can call for assistance. If you screen HIV-positive, you will be linked to care though the help line.

He added that it is hard to say how many new cases can be identified; it depends on how many kits are distributed. “If you distribute a 1,000 a month and get approximately 30 positives, these are likely be people who do not necessarily go for HIV testing at clinics or at private doctors, or have never done a HIV test, but still have a high risk for infection.”

(Radebe is with the Anova Health Institute in Johannesburg and the Center for AIDS Prevention Studies, at the University of California, San Francisco.)

Despite progress against the HIV epidemic over the last 15 years, the number of annual HIV infections in South Africa remains high. We still have the world’s largest epidemic. According to the study an estimated 40% of all HIV-positive men are unaware of their HIV status and the estimates among MSM are currently closer to 70%.

The Joint United Nations Programme on HIV and AIDS (UNAIDS) has set ambitious targets, under the slogan 90-90-90, for 2020: 90% of people living with HIV will know their status; 90% of all people with diagnosed HIV will receive antiretroviral treatment; and 90% on antiretrovirals will not have the virus detectable in their bodies.

South Africa’s latest 90-90-90 estimates are: 85-71-86, according to Spotlight, an online publication monitoring the country’s response the HIV and tuberculosis. There is some way to go.

Current HIV testing service coverage is insufficient among hard-to-reach groups, such as MSM and sex workers, who have high HIV infection rates and often experience difficulties getting tested in clinics. The SAMJ study says that research suggests that increased coverage of clinic-based testing services is insufficient to encourage many people to go for tests, and start treatment.