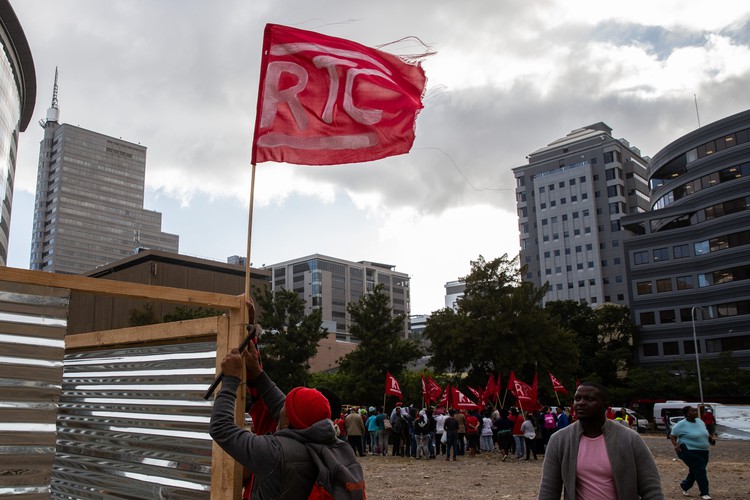 An interim interdict preventing the occupation of a site in Cape Town city centre being developed by GrowthPoint Properties was extended in the Western Cape High Court on Monday.

Housing activist group Reclaim the City (RTC) occupied the property by building shacks, with members of #UniteBehind and of the Social Justice Coalition on 4 December 2018, to protest against the sale of the site for about R140 million less than it was worth.

Growthpoint applied for an urgent interdict to prevent the occupation, which was granted the same day.

This interim order barred the protesters from entering the premises.

RTC, #UniteBehind and Social Justice Coalition say the interdict was issued without notice to them and Growthpoint failed to disclose the fact that it knew the activist group, as they were described as land occupiers rather than protesters. The organisations are now asking the court to uphold the constitutional right to protest.

The court reserved judgment, extending the interim interdict in the meantime.

This follows RTC’s action last Thursday where it interrupted a city council meeting, demanding updates to the forensic investigation into the controversial land deal.