IPID scrambles to contain fall-out ahead of Parliament appearance 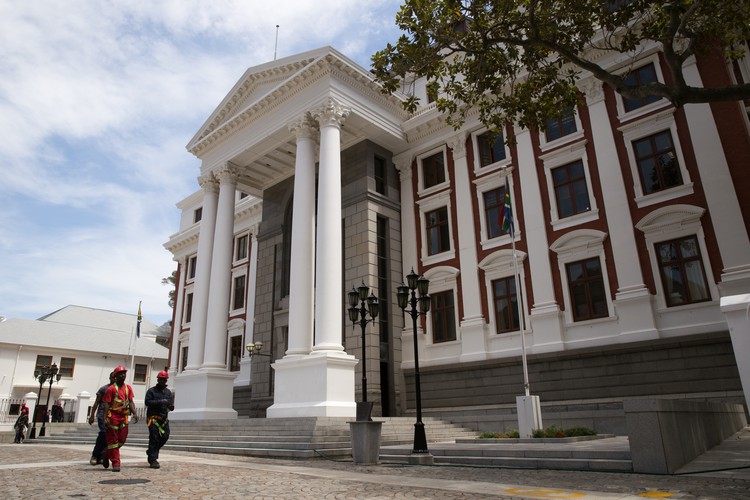 IPID scrambles to contain fall-out ahead of Parliament appearance

The Independent Police Investigative Directorate (IPID) presents its annual report to Parliament on Thursday. The meeting will be overshadowed by revelations that IPID has a long track record of closing and completing cases prematurely to clear cases from the workload and inflate performance statistics.

This week, following an exposé by Viewfinder, current and former IPID officials have scrambled to explain themselves.

Senna was already scheduled to present IPID’s 2018/19 annual report to Parliament today. Whitfield said there was still a need for a dedicated session to review all IPID’s annual reports from 2012 to present.

The latest annual report Senna will present on Thursday claims that IPID has met 83% of its performance targets, compared to 65% the previous year. This was in spite IPID closing five satellite offices — in the Eastern Cape, Free State, KwaZulu-Natal, Northern Cape and North West — due to budget constraints.

IPID’s better performance is bolstered by the highest number of “completed” cases since the performance spike that former head Israel Kgamanyane reported to Parliament three years ago.

The 2015-16 performance spike was a major focus of Viewfinder’s launch article this week. The article published allegations from whistle-blowers, McBride and IPID head of investigations Matthews Sesoko, that the 2015-16 completion statistics were rigged on a national scale in a bid to inflate performance statistics. McBride and Sesoko were on suspension during that period and, thus, not directly implicated.

But Viewfinder also analysed whistleblower reports from 2012 and 2014 (from Gauteng, Northern Cape and KwaZulu-Natal provincial offices) which suggest that the manipulation of statistics was systematic and ongoing before McBride and Sesoko were suspended.

McBride said as much when he was interviewed on Radio 702 on Tuesday. Responding to a question about statistical manipulation at IPID, McBride said:

“In 2014 we conducted provincial visits. We identified shortcomings which were institutional and systemic … Because the problems were systemic we had to put a systems change or interventions in place.”

If indeed McBride tried to institute these interventions following the site visits, these attempts would have been cut short by his suspension just months later.

IPID’s position has changed over the last few weeks, as the evidence against the directorate mounted. Originally Sesoko told Viewfinder, in an interview, that statistics were manipulated in 2015/16. Then IPID spokesman Sontaga Seisa backtracked saying that management was “not in agreement” that statistics were manipulated in that year. In a statement published this week, Seisa said that IPID is investigating internally and had taken action against officials for manipulating statistics at the Gauteng office in 2016. IPID has not responded substantively to the 2012 and 2014 allegations.

Meanwhile, Johan Burger, a policing expert with the Institute for Security Studies (ISS) interviewed by News24, echoed Viewfinder’s finding that capacity shortfalls and targets (which aim for quantity over quality) were important factors in understanding why IPID’s provincial offices completed cases prematurely.

Capacity shortfalls are, however, not a good reason for taking shortcuts and “misleading” Parliament, said Freedom Front Plus MP and PCP member Pieter Groenewald.

“If budget constraints are the reason it should have been revealed to the committee to deal with the problem. To mislead Parliament is serious and disciplinary steps must be taken.”

Whitfield pointed out, too, that he recently recommended that IPID be better funded.

Meanwhile, committee chair Tina Joemat-Pettersson did not respond to a query from Viewfinder. She said, via the committee’s media liaison officer Malatswa Molepo, that the committee would issue a “comprehensive” statement after IPID’s presentation in Parliament today.

Corrections: An earlier version of the article incorrectly stated that five provincial offices closed. The article now correctly states that it was five satellite offices. Also McBride gave his 702 interview on Tuesday not Wednesday.

This article was produced by Viewfinder in partnership with GroundUp.