Judge says roadside May family are “authors of their own fate” 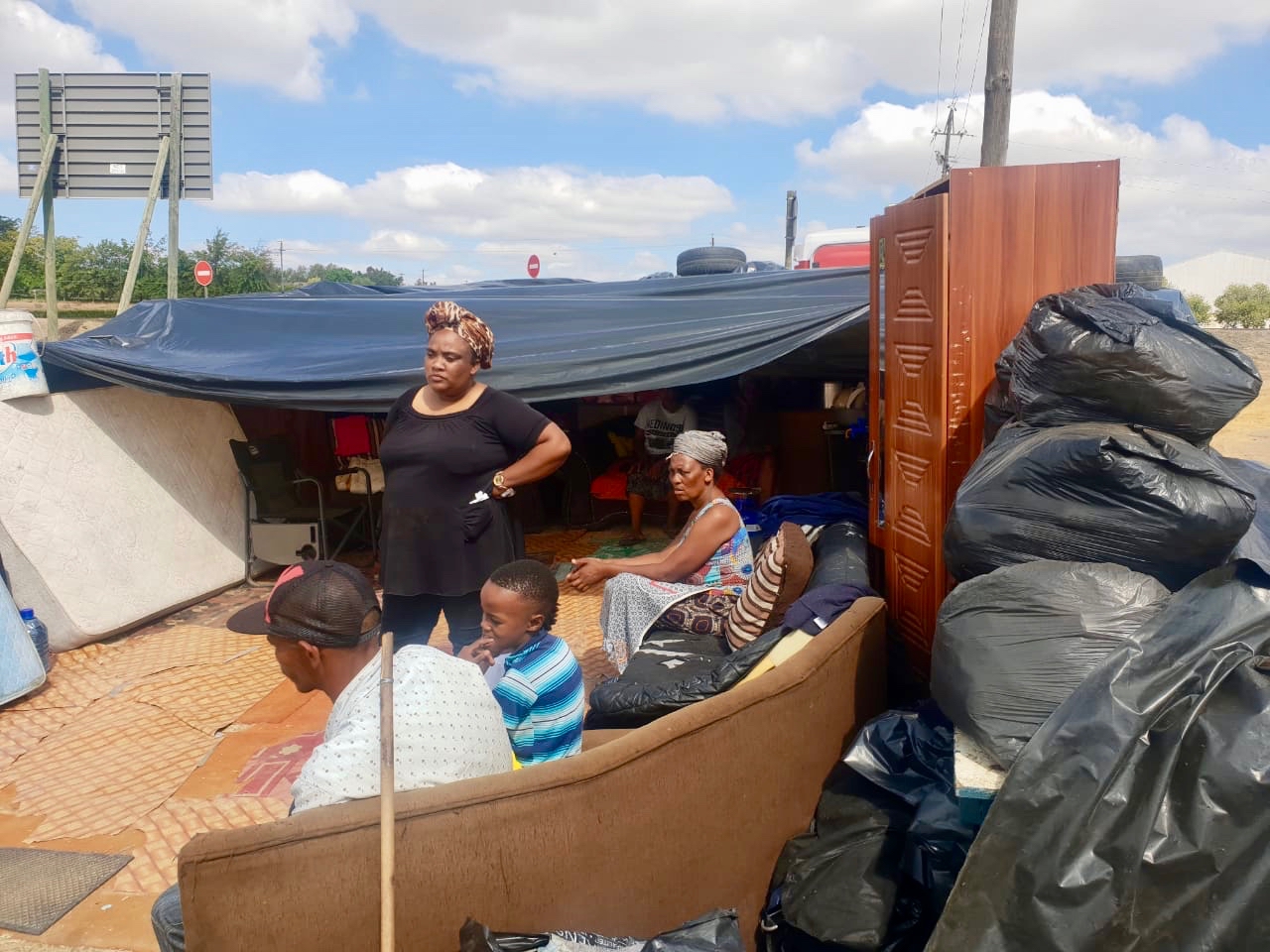 Judge says roadside May family are “authors of their own fate”

Courts make inhumane decisions based on legal facts and are not in touch with our people on the ground, says farm workers’ rights organiser

“They are the authors of their own fate,” said Land Claims Court Acting Judge Canca, referring to the May family’s decision to squat outside the gates of the farmfrom which they were evicted in Paarl, and not to accept emergency accommodation offered by the Drakenstein Municipality.

For three months now, former farmworker Zonwabile Alfred May and several family members have been living next to the R44 with most of their belongings, including couches, mattresses and a cupboard, with only a plastic sheet to cover them.

They were evicted from the Windmeul Kelder wine farm on 26 March 2019.

The family have repeatedly rejected offers by the municipality to house them at a caravan park in New Orleans, Paarl. The family says the accommodation is not suitable and overcrowded. The park is already home to over 150 evictees, many of whom have been living in tents for over a year.

In April, lawyers representing the family challenged the eviction in the Randburg Land Claims Court. They also asked the court to evaluate the conditions of the alternative accommodation offered by the municipality. The case was opposed by Windmeul and the municipality.

In a written judgment last week, Canca dismissed the family’s bid to have the eviction rescinded. “While it is unfortunate, based on a consideration of the totality of papers, that the adult members of the occupiers chose to remain on the road side, this is their choice … They cannot now be heard to complain about the circumstances they currently find themselves in,” he wrote.

Canca said the family’s eviction was based on “an irretrievable breakdown of the relationship between them and the owner” and because of this, the provision of “suitable alternative accommodation” in terms of the Extension of Security of Tenure Act (ESTA), did not apply.

May was fired for alleged misconduct in 2008. The directors and management of Windmeul Kelder have previously detailed their version of events, making several allegations against May and his family.

In his ruling, Canca found that the family had not adequately shown how Windmeul’s actions were contrary to the provisions set out in ESTA. Canca said it was “unconscionable” that the adult occupiers would, at the start of a harsh winter, choose to make “some sort of standpoint or to coerce the municipality into granting them benefits they were not entitled to”.

He suggested that the matter be investigated by the police’s Child Protection Unit.

Billy Claasen, of the Rural Farm Workers Development Organisation, said the ruling came as a blow to the family who have nowhere to go. “This case sets a very bad precedent and it is clear that the court is punishing the May family for refusing to accept the inferior accommodation at New Orleans Park,” he said.

Claasen said he challenged Judge Canca and his team to sleep for just one night at the municipality’s alternative accommodation and another night alongside the R44.

“The courts make inhumane decisions based on legal facts provided by greedy legal teams and are not in touch with our people on the ground,” he said.