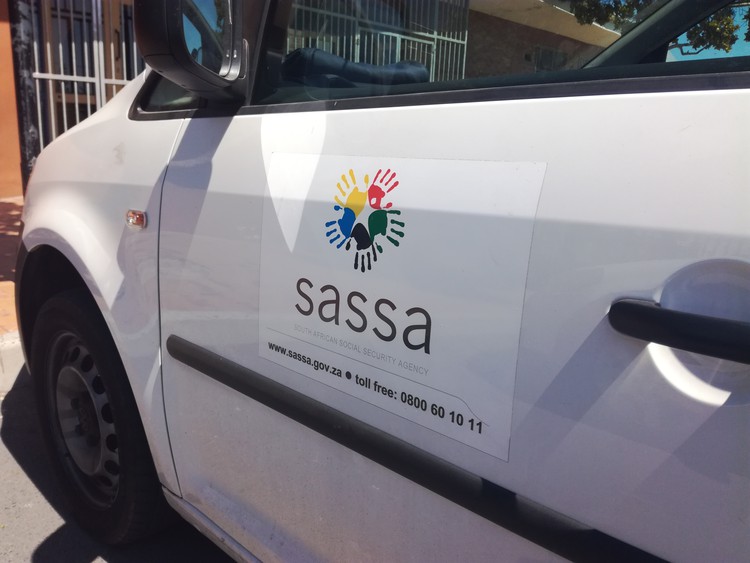 Long queues, no toilets: the closure of the old paypoints leaves pensioners in the lurch

Every month an elderly woman called Nanna (surname withheld) pays R70 to have a taxi drive her around the mountain from Genadendal to Caledon before standing in a queue for upwards of two hours to collect her South African Social Security Agency (SASSA) social grant.

“It was very easy in Genadendal … here it was free. … There were stalls, you can buy your clothes, your shoes, even groceries you can get there, but now I must do everything in Caledon.”

“The new system is not good,” she says.

Nanna’s experience is a common one following the decommissioning of SASSA paypoints starting last October. Her story comes from a report to be released soon by local human rights organisation Black Sash.

SASSA ended its contract with Cash Paymaster Services (CPS) in 2017 and signed a new contract with the South African Post Office to take over the system at the end of 2018.

Since then, most of the 8,086 paypoints commissioned for social grant collection have closed. SASSA beneficiaries must now visit ATMs, retailers, a post office, or one of the few remaining paypoints to collect their social grants.

Many of the elderly are suffering from the physical and financial burdens of this new system.

Black Sash partnered with the Department of Political Studies at the University of the Western Cape to conduct a series of case studies about the issues facing the elderly who try to collect their social grants using the new post office system. Their findings were presented on 3 October in a seminar hosted by the Catholic Parliamentary Liaison Office (CPLO). Mike Pothier, CPLO project manager, moderated the seminar.

Roughly half of the households in South Africa collect social grants, according to Laurence Piper of UWC, who presented the findings. In October 2018 social grant beneficiaries had withdrawn R7.6 billion from SASSA sourcing 60% from ATMs, 33% from retailers and 7% from tellers at the Post Office and in the banks.

The research focused on the impact of decommissioning SASSA paypoints from the perspective of social grant recipients. Four case studies took place earlier this year in sites around the Western Cape; two in urban areas – Delft and Khayelitsha, and two in rural sites – Robertson and Genadenal. Researchers collected data from 45 respondents with an average age of 66, through interviews, focus groups and observation over three day-intervals.

They found that the most pressing concern of the grant beneficiaries was the lack of dignity for the elderly who now wait in long queues without seating, toilets, water or shelter. One respondent said she only used the bathroom upon returning home after collecting her social grant for fear of losing her spot in the public queue. These queues have been known to last up to several hours.

There is also an increased sense of insecurity at the withdrawal sites and in-transit after collecting the grants. “Many people end up going to three different places to try to withdraw money [due to] a combination of length of queues and the concern of too many tsotsis nearby,” Piper said.

“In the morning, respondents would wake up with a sense of excitement about going to get their grants, that today was the day they could live properly, maybe even treat [themselves] to something [they] could only do once a month.”

He said through the course of the day “often that excitement was transformed through the experience of going to collect the grant, through the fear of being robbed, through disappointment at the deductions…”.

“I think with the transition to the post office, it does not have the facilities to supply social grants in mass,” Piper said.

He said if there was a problem with a grant, recourse was difficult. If a grant was short, beneficiaries merely received a bank statement. Previously they could visit an official SASSA paypoint and query the problem, but now they have to travel from the withdrawal site to the SASSA regional office, which in some cases adds a significant travel cost.

Some recipients do prefer the new system, the study found. Some said they enjoyed the independence of being able to choose their withdrawal site. But they agreed that the recourse process is more difficult now.

Researchers found that following the decommissioning of paypoints SASSA made a set of promises regarding services including solutions to problems with transport. The respondents said they had never heard of such services.

“Looking at the way the grant system works in South Africa, it’s gone from one tailored to the grant recipient to one where they joined existing public queues,” Piper said.

In a SASSA progress report released in March 2019, SASSA recognised some of these concerns, such as the long queues and said it was working on addressing proper seating. The report merely states that these goals will “be implemented over a period of time and then reviewed” to track progress.

SASSA representatives were invited to attend the seminar, according to CPLO project coordinator Kenny Pasensie, but did not reply to the invitation.

GroundUp made several attempts to contact SASSA through email and phone, but the agency could not be reached for comment.