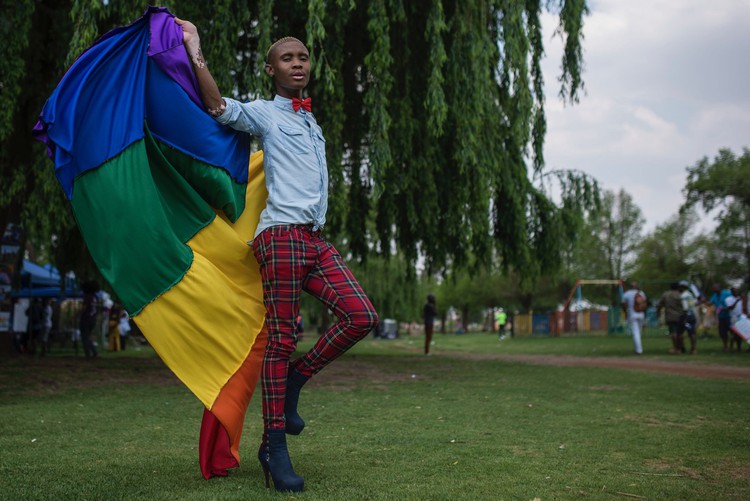 Even as Pride Month comes to a close, gay people still find themselves the victims of bigoted speech and hate crimes. Gay rights advocates suspect that gay people murdered in Cape Town’s townships over the past few months were victims of hate crimes.

There have been other cases of rape and assault but the victims have not wished to report or to disclose their cases in the media, says Triangle Health Services and Support Program Manager Sharon Cox. GroundUp also interviewed people who alleged they were assaulted for being gay, but at least one of those interviewed is too young to name.

Cox says: “There are of course other cases that are still on court rolls, some have stalled, some have not had any arrests, and others are still in the process of being heard.”

And yet, says Cox, the Prevention and Combating of Hate Crimes and Hate Speech Bill has stalled. It was first introduced to Parliament in April 2018. Since then nothing has happened.

Cox says one reason put forward for the delay is that a Constitutional Court decision is still pending in the Jon Qwelane hate speech case, which has dragged on for over a decade. It has a direct bearing on the hate speech part of the bill. But, Cox says, there are practical legal ways to work around this and the delay is unjustified when it comes to the hate crimes section of the bill.

“We have no movement in the face of ongoing murders, rapes and assaults across the country. This is concerning for all organisations who work with the reality of hate crimes. It shows no political will and no leadership in this country to take this matter seriously,” says Cox.

Meanwhile, she says, “Jon Qwelane’s legacy of homophobia continues to impact LGBT communities and our right to live freely and safely.”

Free Gender chairperson Lethu Kala says, “This year alone we held four marches to police asking for justice for LGBT members. We organised a number of awareness campaigns but the attacks and killings did not stop.”

Nobesuthu Matoti, spokesperson for the organisation Precious Things Crossroad, said in Nyanga young boys who are identified as gay are being targeted. “Every day I deal with parents who are coming here for help because their boys, who are gay, are being raped by people they know.”

Sonke Gender Justice Communication manager Given Sigauqwe said, “The incidents are piling up … The government needs to act now.”

In a statement, the chairperson of the Portfolio Committee on Justice and Correctional Services Bulelani Magwanishe confirmed that the committee was awaiting the outcome of the Constitutional Court decision in the Qwelane case. It was also awaiting the outcome of the Bongani Masuku case. (The Masuku case has nothing to do with anti-LGBT speech, but its outcome may have a bearing on hate speech.)

“We believe as a committee that it is prudent for us to await the Constitutional Court rulings on these matters to give us guidance … in regulating hate speech,” said Magwanishe.