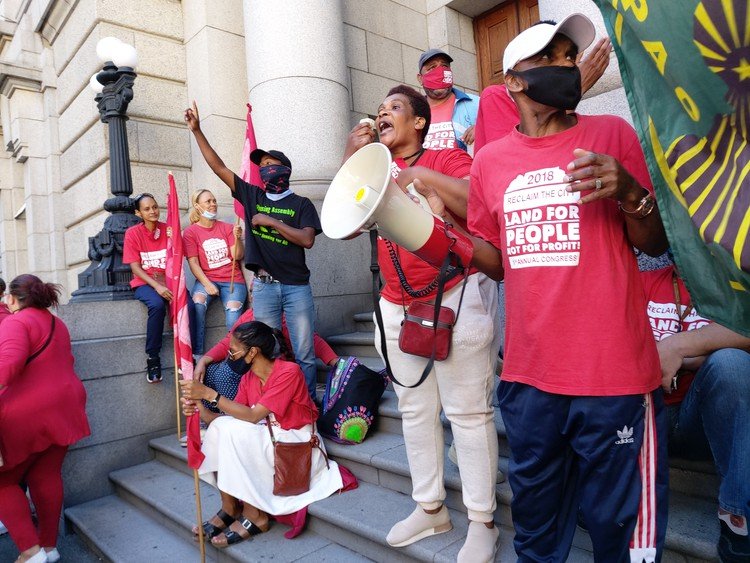 Occupants agree to be surveyed by City and legal team

The Western Cape High Court has granted an order which will allow occupiers of the former Woodstock hospital to be surveyed about their identities and to determine how many occupants are living there.

Housing activist group Reclaim the City has said that this application by the City of Cape Town will be the first step in its plan to evict the group of roughly 900 occupants who have been living in what is known as the Cissie Gool house since 2017.

On Thursday, the Centre for Applied Legal Studies (CALS), representing the occupiers, and the City of Cape Town entered into settlement negotiations. An order was granted by the court which will allow both the City and CALS to record the biographical details of the occupants.

“CALS has three months and ten days in which to do this. The City will file a report within six months of receipt of the [CALS] spreadsheet,” said Basetsana Koitsioe of CALS.

The report provided by the City will show whether the City has engaged with the occupiers on whether they are prepared to vacate the Cissie Gool house; whether they will require alternative accommodation if they are not willing to vacate and are evicted; and whether they qualify for available state subsidised housing, emergency housing or social housing.

The occupiers wanted CALS rather than the City to do the survey, and for occupiers represented by CALS, this is what will now happen. It was also agreed between the two parties that the City should give 48-hours notice to CALS if they intend to survey occupiers who are not legally represented.

“This is important, so we can give notice to [the represented occupiers] that the City will be on the property on said date to avoid our clients being surveyed unknowingly or by force … or intimidated by City officials as previously experienced by our clients,” said Koitsioe.

“This brings the City closer to its plans to drive social housing and reverse the toxic legacy of organised building hijackings which took place in March 2017,” said the City in a statement on Thursday. The City is planning to develop 700 social housing units on the property, which has been delayed by the occupation.

In its statement, the City said that crime, rent extortion rackets, violence, and mob activity has increased substantially since 2017 “to the detriment of the surrounding community”.

The City also said that it would pursue eviction proceedings if occupiers do not willingly leave the site.

But according to Reclaim the City, hundreds of families have made Cissie Gool House their home and have turned it into “a place of hope”.

“We have kept the buildings clean, safe and well-maintained (often using what little money and skills we have to clean and maintain the buildings),” the organisation said in a statement on 21 April. “We have managed and implemented a variety of social development projects including our community food garden, feeding scheme, and educational projects on gender-based violence.”

GroundUp has previously visited Cissie Gool house and reported on how residents dealt with challenges of the lockdown and the Covid-19 pandemic. 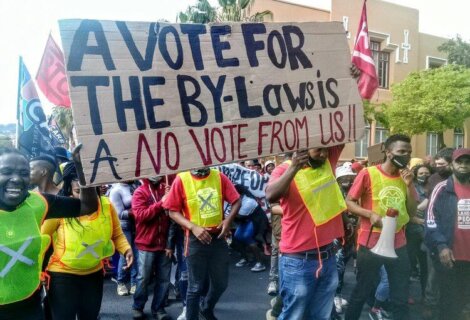