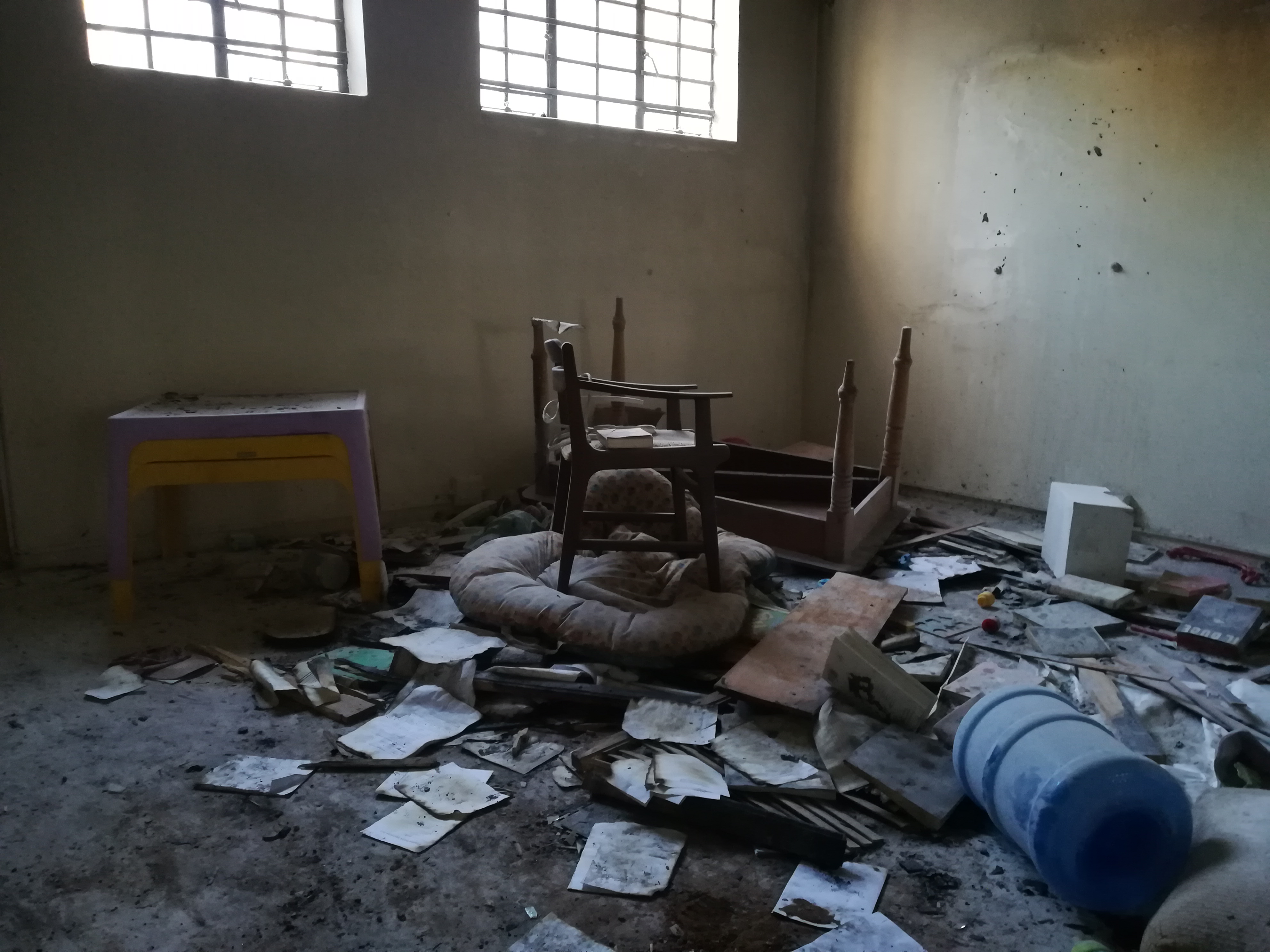 Shattered glass and CWAO cards were strewn across the pavement outside the office. On Tuesday afternoon, CWAO staff members were cleaning up the offices and salvaging what was left after the attack.

According to a statement by CWAO, the office was attacked by a group of about 200 people. The door was broken open and the glass was shattered to get inside. “We lost our furniture, printing and communication equipment, our case files and, for the time being, our office. This is a heavy loss in already difficult circumstances,” read the statement.

“This is the last place this should have happened,” Ronald Wesso, media liaison for CWAO, told GroundUp. CWAO — which was formed out of the need for casual workers to organise themselves — provides free advice and support, particularly to workers who have precarious jobs.

But Wesso said the organisation would try to make sure that no worker was adversely affected as a result of the attack.

CWAO has started a crowdfunding campaign to help the organisation get back on its feet.

The xenophobic violence in Germiston followed similar attacks on mostly immigrant-owned shops across Johannesburg. The attacks started in Jeppestown on Sunday and had spread to Alexandra, Tembisa, Kempton Park, Coronation Park, Turffontein and Malvern by Tuesday.

The looting of shops was still ongoing when GroundUp visited the area at about 1pm on Tuesday. Police were attempting to catch the looters while some residents stood on the streets and surrounding balconies and watched.

Wesso said other shops on the street were also looted but CWAO was the only building in the vicinity that was set alight. He said people who lived above the offices had managed to extinguish the fire before it spread throughout the building.

The organisation lost legal, funding, and financial documents as a result of the looting which was a major setback for some cases CWAO had been working on. Wesso said some of the documents were backed up with soft copies but others, like the certified documents, were irretrievable.

He said CWAO would have to negotiate with the Commission for Conciliation, Mediation and Arbitration (CCMA) and other organisations it worked with to be lenient considering the attack.

CWAO did not want to speculate on whether it was a targeted attack or whether it fell victim to a general attack. But Wesso said it would not be the first time the organisation had been attacked by angry employers.

“Whatever the case, we remain vigilant and resolute. Our strength is not in the things we lost in the fire. Our strength comes from the solidarity, organising and struggles of the thousands of workers in the Simunye Workers Forum. Those struggles will continue to grow whether there is a CWAO or not. But rest assured, there is very much a CWAO,” read the organisation’s statement. (Simunye is a workers’ movement consisting of workers from different companies including those hired via labour brokers.)

Wesso said the location of CWAO was specifically chosen because it was convenient for workers in Ekurhuleni and surrounding areas who only needed to take one taxi to get to the office.

The statement said: “Our plans to continue are already in place. Not one meeting, not one workshop or protest or strike will be stopped because of this attack.”