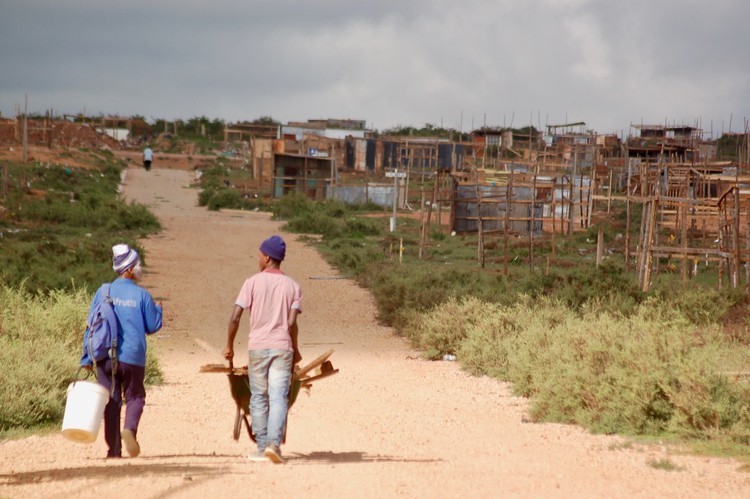 A freeze on evictions has prompted hundreds of families to move onto open land in KwaNobuhle, Uitenhage, which they have named “Bobani Village” after Nelson Mandela Bay Mayor Mongameli Bobani.

Residents say they moved because they are tired of renting houses or living in overcrowded houses.

According to the municipality, about 1,000 shacks have been erected on the land since last month, when Bobani announced a freeze on evictions.

This followed a resolution by the council on evictions last year.

“The mayor told law enforcement officers, with whom we had clashes, to put their operation of removing us on hold, prompting us to jump with glee,” said resident Nomfundo Siwani. “We declared this place Bobani Village then.”

Siwani said she had been registered on a housing list for 20 years but was still living in her parents’ house with her sons who are in their 30s.

Mantwa Mboya, 64, who also moved into Bobani Village last month, is building her shack room by room. She said she had an RDP house but it was shoddily built in 2000 and had no toilet. She was hoping for better accommodation for herself and her disabled daughter.

Sibusiso Rawula, 31, said he had paid a builder R200 to put up a one room shack. He no longer wanted to stay in his grandmother’s house. “There was no privacy. I am here at Bobani Village to make a new life. I have three kids and I am looking forward to staying with them here.”

Bobani told GroundUp the council had resolved that people who had already moved onto land must be left there. ”As the city we must go and talk to them and solve the matter.

“In terms of that council resolution, no person should be removed,” he said.