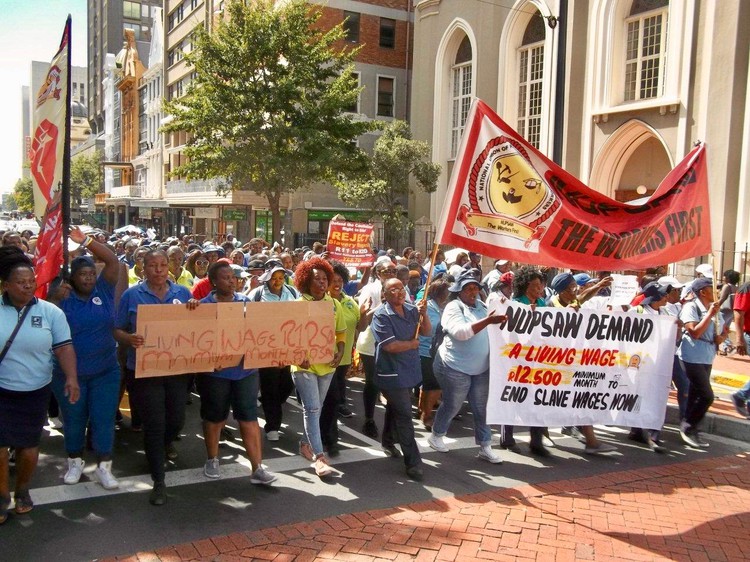 About 200 community health workers marched to the Western Cape Health Department in Cape Town on Tuesday.

The National Union of Public Service and Allied Workers (NUPSAW) organised the protest. In a memorandum NUPSAW said the national health department had committed to integrating community health workers.

The union said the Public Health and Social Development Sectoral Bargaining Council Resolution 1 of 2018 had an “agreement on the standardisation of remuneration”.

“We note with great concern that our members in the Western Cape have not yet enjoyed even the smallest benefits they should be enjoying under the agreement.”

NUPSAW said its members were made to suffer “unjustifiable, irresponsible and unfair treatment” from NGOs and non-profit companies “whose main interest is to milk more money out of government through our members’ sweat and literally their blood”.

Omar Parker, Western Cape NUPSAW manager, said thanks to pressure from NUPSAW, the Western Cape Health Department had finally agreed that the workers should be paid R3,500 from 1 April.

“We demand back-pay … and a moratorium on retrenchments,” he said.

“We want community health workers to be recognised as public servants because they are the first line in the delivery of health care to poor people,” said Parker.

NUPSAW provincial organiser Zama Sonjica warned: “If need be, we will put tools down.”

Head of the ministry Dr Douglas Newman-Valentine met the marchers to receive the memorandum. He said Health MEC Dr Nomafrench Mbombo was presenting a budget speech at the provincial legislature.

NUPSAW leaders refused to hand the memorandum to him. They want the department to respond within seven days.

Asked for comment, Sithembiso Magubane, spokesperson for provincial health for Khayelitsha and Eastern substructure, said, “We recognise the importance of these workers and their value to our health system … The Western Cape Government Health has a Service Level Agreement in place for the non-government organisations it funds to deliver health care services and they are monitored according to the agreement.”