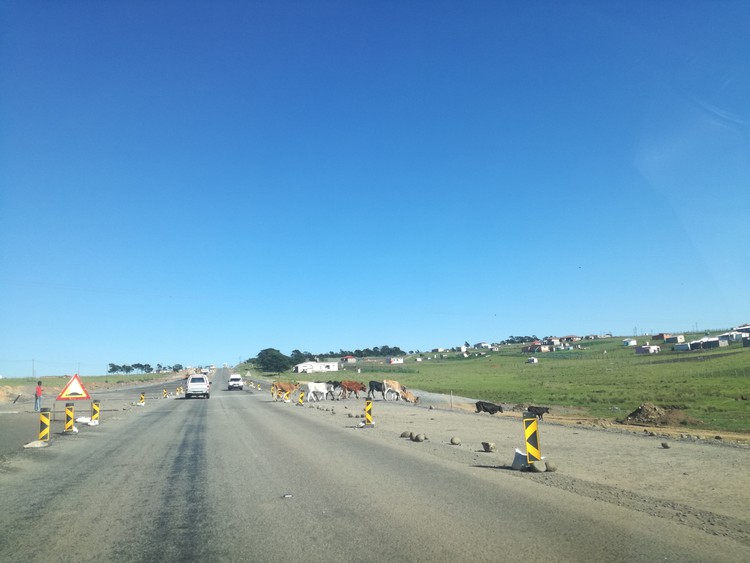 The South African National Roads Agency (SANRAL), the Department of Environmental Affairs and Sinegugu Zukulu, a resident of the Umgungundlovu community in the Eastern Cape, were back in court on Monday over the construction of the N2 Highway through the Wild Coast.

The new road extends about 560km between the N2 Gonubie interchange near East London and the N2 Isipingo interchange in KwaZulu-Natal, and will be about 75km shorter than the existing N2 route. The contested section of the road extends for about 90km between Port Edward and Mthatha.

In October last year, the South Gauteng High Court in Pretoria granted Zukulu the right to object to the authorisation of the highway. Zukulu is currently the only applicant in the case after the other four applicants, who represented communities in the area, withdrew. The case is being heard over the next three days.

Among Zukulu’s objections to the road is that there was a lack of consultation with affected communities before the project was given the go ahead. In his founding affidavit, Zukulu said the road would pass through ancestral land of the Mpondo people resulting in the disruption of communities and gravesites.

He argued that the Environmental Impact Assessment (EIA) failed to assess the socio-economic impacts of tolling, or to consider heritage impacts or other alternatives such as upgrading the current N2.

In court on Monday, Advocate Geoff Budlender, who was representing Zukulu, argued that the decision to continue with the road needed to be considered carefully especially since the project was a 30-year contract “that the next generation will still be using and paying for”.

He said that setting aside the environmental authorisation did not mean there would never be a road. He said Zukulu was asking for proper consideration and consultation with affected communities before the project could proceed.

But the advocate representing the Minister of Water and Environmental Affairs denied that there had been a lack of consultation with the affected communities. “In fact, this is the most far-reaching consultation process I have ever come across,” he said.

He said the consultation process had begun in 2005 and imbizos had been held in rural communities. Advertisements in several languages had been placed in newspapers and broadcast on radio, and pamphlets left in public buildings.

The advocate representing SANRAL accused Zukulu of “picking holes wherever it can be done”. He said other members of the Xolobeni community did not share the same sentiment as Zukulu about this “Berlin wall [the highway] that will separate the community and they will never get over it”.

“This is an application by one man to achieve a result that is not shared by the community,” said SANRAL’s advocate. He said other community members embraced the development and job creation that the highway would bring.

The respondents argued that it would not be just and equitable to stop the project now because too much money (about R1.7 billion) had already been spent.

But Budlender said SANRAL had delayed the case by submitting a responding affidavit five years later while continuing with the project in the meantime. “Now they want to say ‘look at all the work we’ve done, now let us continue’ … that can’t be right,” he said.

The arguments are set to continue on Tuesday.