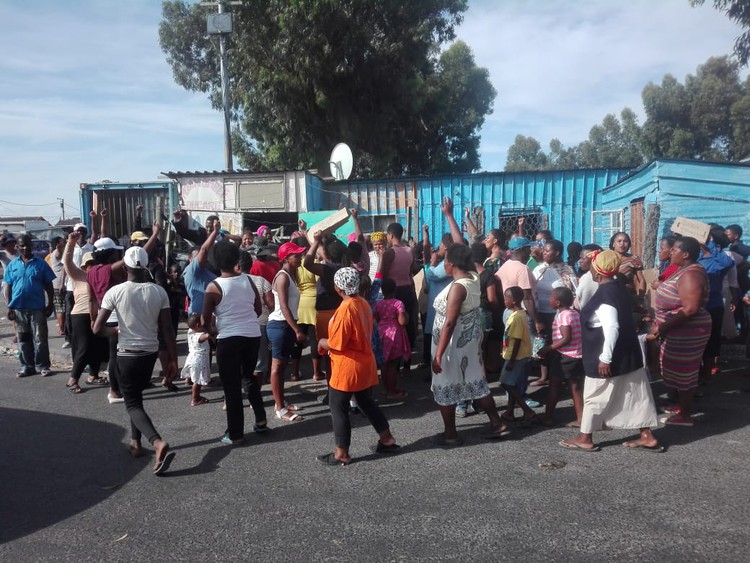 Kanana families want to be housed on site

Some residents of Kanana informal settlement in Gugulethu are refusing to move to a new R1.1 billion development in Forest Village.

The residents say they were told in a community meeting by ward councillor Bongani Ngcombolo in October that they must move to houses in Forest Village in Eersteriver to make way for a Western Cape Department of Human Settlements housing development in Kanana.

The residents, who live in A Section, say they they were among the first to arrive in Kanana and should be housed there. Instead, they say, they are being told to move and make space for residents of J Section.

Nkosinathi Stuurman, who says he has lived in Kanana for 15 years, says parents are worried about transport costs for children if they move.

Vusumzi Booysen, who says he has lived in Kanana for 19 years, says residents of J Section should rather be moved to Forest Village. “I pay R700 a month for transport for my child to school in Cape Town. If I go to Forest Village, I will have to pay more. It will also challenge my transport to work. Why don’t they let us stay here?” Booysen said.

Residents say they have repeatedly approached the Department to express their unwillingness to move.

Ngcombolo confirmed that the residents of A Section in Kanana had to move to Forest Village to make space for a housing development on the land.

“The whole of Kanana will be developed, including J Section and Barcelona. The development has to start in A Section. The residents have to move in order for the development to take place.”

“Kanana has about 5,000 shacks and only about 3,000 houses can be built there. Some people have to be moved and this includes residents of other sections in the area, not just A Section.”

Ntomboxolo Makoba-Somdaka, spokesperson for MEC Bonginkosi Madikizela, told GroundUp that the Kanana development would benefit “approved beneficiaries of the area”.

“Should residents refuse to move to Forest Village, then the construction of houses cannot commence, disadvantaging many residents in need of housing.”

Residents say they are not against the development. “Of course we need houses,” says resident Siviwe Ndondo. “But we do not want to move to Forest Village. We need our houses built here in Kanana. We do not mind finding places to stay while our houses are being built here.”