Court rules that allocation of police in Western Cape is discriminatory 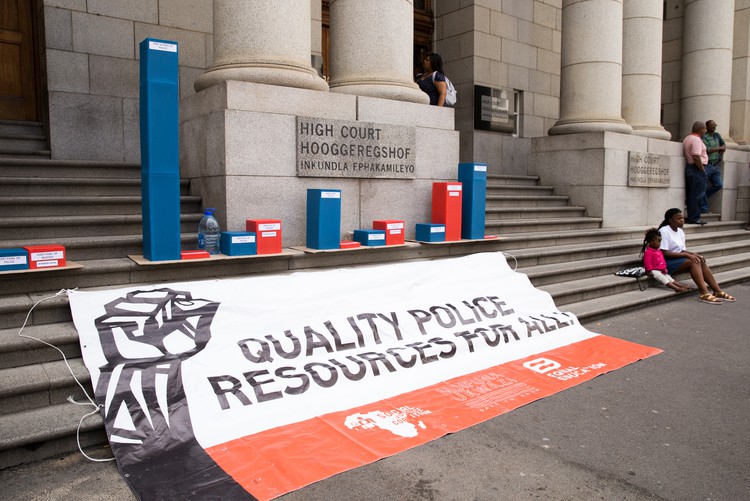 Court rules that allocation of police in Western Cape is discriminatory

By Thembela Ntongana and GroundUp Staff

Judge MJ Dolamo of the Cape High Court (sitting as the Equality Court) has declared that the allocation of police resources in the Western Cape unfairly discriminates on the basis of race and poverty. The ruling came on Friday morning, and is a victory for the Khayelitsha-based social movement Social Justice Coalition (SJC).

The case, brought by the SJC, Equal Education and the Nyanga Community Policing Forum, was heard from November 2017 through to February 2018. The remedy and costs will be decided at a later date.

More about Khayelitsha Commission of Inquiry into Policing