Court to decide how to handle home repossessions 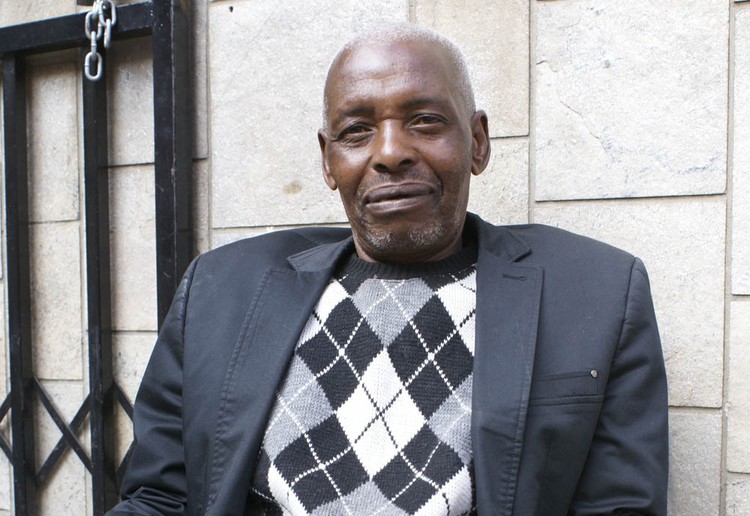 Court to decide how to handle home repossessions

King Sibiya of the Lungelo Lethu Human Rights Foundation has gone to court in a case that will have implications for home-owners struggling to pay their bonds.

A landmark case to decide how banks should deal with home repossessions will be heard on 28 and 29 August in the South Gauteng High Court.

This follows a directive by Gauteng Judge President Dunstan Mlambo, who ordered a full bench of the court to sort out the tangle of inconsistent home repossession judgments. Mlambo also wants the court to establish under what circumstances judges should set reserve prices on repossessed homes.

Court rules were changed late last year to allow judges to set reserve prices when homes are sold at sheriff’s auctions to stop them being sold for a fraction of their worth. Despite this, some courts in Gauteng continue to authorise the auctioning of houses (known as “sale in execution”) without reserve prices. The forthcoming case will clarify how and when judges should set reserve prices.

GroundUp reported the court case of Given Nkwane, whose home, valued at R470,000, was sold for R40,000 at auction by Standard Bank after he defaulted on his home loan.

This prompted former Public Protector Thuli Madonsela to tweet, “With due respect to the court, I consider this judgment to be grossly unjust and inequitable. It is a setback regarding social justice. Should this matter be taken on appeal, it would be great if all those concerned about social justice join in as amicus curiae (friend of the court).”

Lungelo Lethu Human Rights Foundation, represented by the Legal Resources Centre, has been admitted as a friend of the court (there is no applicant in this case, only friends of the court). Lungelo Lethu founder King Sibiya argues in an affidavit that there should be clearer directions for judges in setting reserve prices, and only in exceptional circumstances should a home be sold without a reserve price.

Lungelo Lethu wants the court to appoint an independent panel to advise on the matter. Sibiya cites several alleged abuses of the court process in his affidavit, including that of Mapule Molokomme whose home was sold at auction for only R10, and then on-sold by the new owner for a substantial profit. She was evicted from the home when she was eight months pregnant, and soon after the death of her husband. Lungelo Lethu says many of the 900 cases it has attended to over the years involve abuses of the court processes, where defaulting clients only discover judgment has been taken against them when the new owner arrives to assume possession of the property. This is because they were not properly notified of the legal action being taken against them by the banks.

Sibiya also states that while Lungelo Lethu educates borrowers on their obligations to repay loans, in hundreds of cases abuse of the court processes by lenders has affected the constitutional rights of the debtor to housing, dignity, safety and security, and access to adequate water and food. This abuse has also affected the rights of children. For many poor people, their home is their sole investment. “The current system, when the home is sold for nominal amounts of money, means that people do not get a cent from the sale of the house,” Sibiya says.

Lungelo Lethu’s arguments are supported by economist Dr Sean Muller, who disputes claims from the banks that the setting of reserve prices would reduce interest in the auction, and therefore make it less likely to find a buyer.

Absa says threat of sale of execution is necessary

Both Absa and Standard Bank, in their affidavits, say that sales in execution are a last resort, and describe the lengths to which they go to avoid home repossessions, including engagement with the borrower at the first sign of payment trouble. Absa offers its clients a “Help U Sell” programme to assist struggling borrowers to sell their homes privately at better prices than would be achieved at auction. The bank also employs professional valuers to determine the selling price of the property so as to cover as much as possible of the outstanding loan. Absa says it has cancelled an average of 70% of its scheduled sales in execution in the last two years due to alternative payment arrangements being agreed. The average time between the start of the legal collections process and sale in execution is 33 months for Absa, against an industry average of 27 months.

“It is the threat of a sale in execution that incentivises the average consumer to keep up with their repayments and to make a plan to repay the outstanding debt when they fall into arrears,” says Absa in its affidavit before the court.

Absa offers the court some advice in setting of reserve prices that the bank already applies internally. The bank establishes the market value of a property using professional valuers, using comparable sales in the area. It then applies a “distressed sale” discount factor and deducts any liabilities, such as outstanding water and lights. If the property is so heavily burdened by liabilities that there is no positive value, the bank advises selling the property at any value rather than leaving it in the debtor’s hands.

Standard Bank says litigation is never a strategy of first resort against defaulting customers. The bank says on average it takes 29 months from the date of a debtor’s default before Standard Bank sells a property in execution. The bank also offers customers in distress a variety of options to catch up on arrears, including loan rescheduling, the right to go under debt review, debt consolidation (rolling multiple debts into one to reduce monthly payments), and bank-assisted home sale programmes.

Legal Aid has joined the proceedings as a friend of the court. Its interest in the case is to fulfil its aim of ensuring that the “Constitution becomes a living document for the poor and vulnerable.” Part of its function is to provide legal assistance where vulnerable people fall behind on their bond payments, either before a court judgment has been obtained, or where judgment has been obtained and the house is sold on auction, which is a precursor to eviction by the new owner. Some of the cases Legal Aid handles involve households run by children whose deceased parents had outstanding bond payments.

Legal Aid mentions a case in which it is involved against Nedbank (Magdeline Ntsheleng Ramabitle vs Nedcor Bank Limited) where the bond repayments were deducted by the client’s employer and paid over to the bank. “The source of the arrears is therefore unclear and despite our client engaging with the bank directly they proceeded with the foreclosure and subsequent sale in execution where the new owner sought her eviction. The mortgage bond was for R85,000, though the property was sold at auction for R15,000, leaving a residual owing to the bank of R70,000.”

Legal Aid says it is also concerned at the high cost of foreclosure proceedings, resulting in nothing being left over after the auctions. It wants a period of at least six months after the sale in execution order has been granted to give the debtor time to reinstate the credit agreement. It also wants a reserve price to be set by judges so that debtors are not left with debt after their homes have been sold in execution.

One of the questions before the judges is whether a judgment on the debt and an execution order against the property should be issued at the same time or separately. Absa says they should be issued together and that banks should be held to a high standard before approaching the courts, describing the extent of engagements with clients that lead up to the request for judgment.

Standard Bank argues that without the ability to sell a property in execution speedily, the security of a mortgage bond is futile. “For these reasons, subject to court oversight, as a general principle a judgment creditor is entitled to enforce its judgment by executing against the immovable property that is bonded as security,” it says in papers before the court.

Legal property expert Dr Reghard Brits argues in an affidavit supporting Legal Aid that these two orders should be heard at the same time, but that the courts could be given discretion to postpone the enforcement of the execution order.

CORRECTION: The article originally said ABSA’s average time to sale of execution is 33 years. It has been corrected to months.