Constitutional Court to rule on right to protest 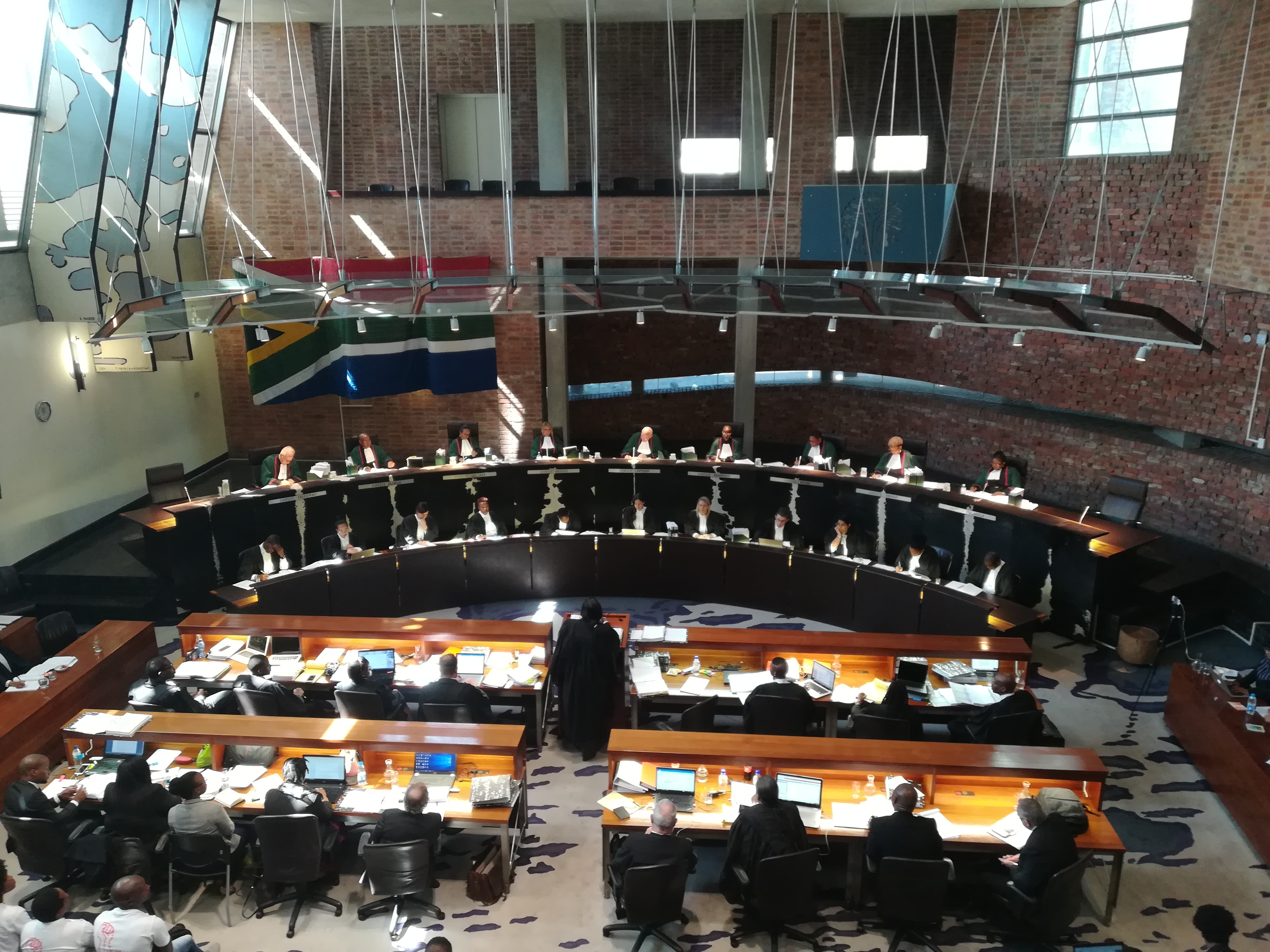 Constitutional Court to rule on right to protest

Failing to give the authorities notice of a peaceful protest should not be a criminal offence, civil society organisations argued in the Constitutional Court on Tuesday. But the state said that making it a criminal offence was the only way to deter people from protesting without giving notice.

The legal battle began after activists from the Social Justice Coalition (SJC) chained themselves to the railings of the Civic Centre in Cape Town as an act of civil disobedience in 2015. They were fighting for better sanitation in Khayelitsha.

According to the Regulation of Gatherings Act 205 of 1993, organisers of gatherings of more than 15 people have to give notice of their protest.

Ten elected leaders, known as the ‘SJC10’, were identified as the convenors of the protest and were convicted for contravening the Act by failing to provide notice. The Cape Town Magistrates’ Court then referred the matter to the Western Cape High Court where Judge Thandazwa Ndita ruled that the section of the Regulation of Gatherings Act was invalid and unconstitutional. The state and the Minister of Police appealed against the judgement and the matter was heard in the Constitutional Court on Tuesday.

The Legal Resources Centre (LRC) represented the SJC10. Right2Know, Equal Education and the United Nations Rapporteur were admitted as friends of the court.

Michael Bishop, an advocate from the LRC, said the issue was not with the need to provide notice but with the harsh punishment, resulting in criminal records, if people did not comply.

He said there were less restrictive ways to deal with protesters who did not give notice, rather than arresting them and leaving them with criminal records. He said the onus was on the state to explore other ways and submit these to the court.

“The chilling effect is that it deters people from gathering peacefully even when police presence is not necessary…which infringes on people’s freedom and constitutional right to protest,” said Bishop.

But Karishma Pillay, representing the state, said making it a criminal offence was the only way to deter people from protesting without notice. She said if this were abolished there would be an increase in protests without notice, which could have dire consequences.

Pillay said the police needed notice because of a lack of police resources and the need to prepare in case the protest became violent.

“The gatherings themselves are not prohibited, but we require notice so that we can prepare properly and ensure that all parties are protected,” Pillay said. She said the state could not see a different way of deterring people from protesting without notice.

Geoff Budlender, representing Right2Know, said, “The Constitution has to function in the real world.”

He said the Act did not only regulate a right, because it not only imposed procedures but made it a criminal offence if procedures are not followed, “even if the consequences do not cause real harm”.

He said the limitation of the right to protest was not justifiable because protest was at the heart of public participation in South Africa.

“Public participation in South Africa goes beyond voting every five years. Protest is just another way people participate in our democracy,” said Budlender.