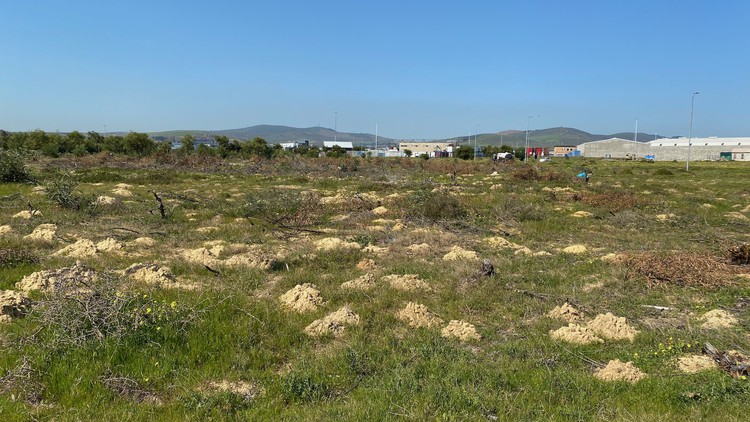 Covid-19 triggered a plan to move families from overcrowded Dunoon informal settlements, but more than a year later, they’re still there

A developers’ association is trying to block the use of part of Milnerton’s Racing Park industrial area in Cape Town for mixed housing.

The Racing Park Developers’ Association unsuccessfully challenged applications to rezone part of the area to accommodate a mixed-use housing development. Now the association is taking the developer who sold the land to the Western Cape government to court.

The association claims that the developer, who is a member of the association, did not have authority to sign transfer documents for the land on its behalf.

On 6 April 2020 then-Minister of Human Settlements minister Lindiwe Sisulu announced that families living in overcrowded conditions in Dunoon and Kosovo would be moved to slow the spread of Covid-19. Sisulu stated they would be relocated to the industrial park by July 2020.

To date, no one has been moved.

The Racing Park Developers’ Association appealed against both applications, but was unsuccessful. City of Cape Town Mayco Member for Spatial Planning and Environment, Marian Nieuwoudt, said the rezonings were approved by the City of Cape Town appeals authority in June and July this year, subject to conditions.

The conditions relate to stormwater management and the capacity of the Potsdam Waste Water Treatment Works to accommodate the development. Allie said the project team was “aligning various technical specifications in order to respond to the conditions of approval before construction can commence”. The department had engaged with the City of Cape Town’s water and sanitation department in order to address sewage challenges, Allie said, and traffic impact studies on Potsdam Road had been completed and recommendations incorporated into planning and design. She said construction was expected to begin in November this year.

According to Nieuwoudt, 1,500 housing units could be built on each piece of land submitted for rezoning. The final number would be determined during the submission of the site development plans.

Xanthea Limberg, Mayco Member for Water and Waste, said existing sewerage and pump systems could accommodate 1,068 household apartments but further development would require a pipeline and pump station upgrade, which would not be complete until 2026.

Schincariol said following the rejection of its appeals, the association had “filed a lawsuit against the developer who signed the transfer documents” based on the fact that he signed on behalf of the association but did not have the authority to do so. “This case is currently with the lawyers,” he said.