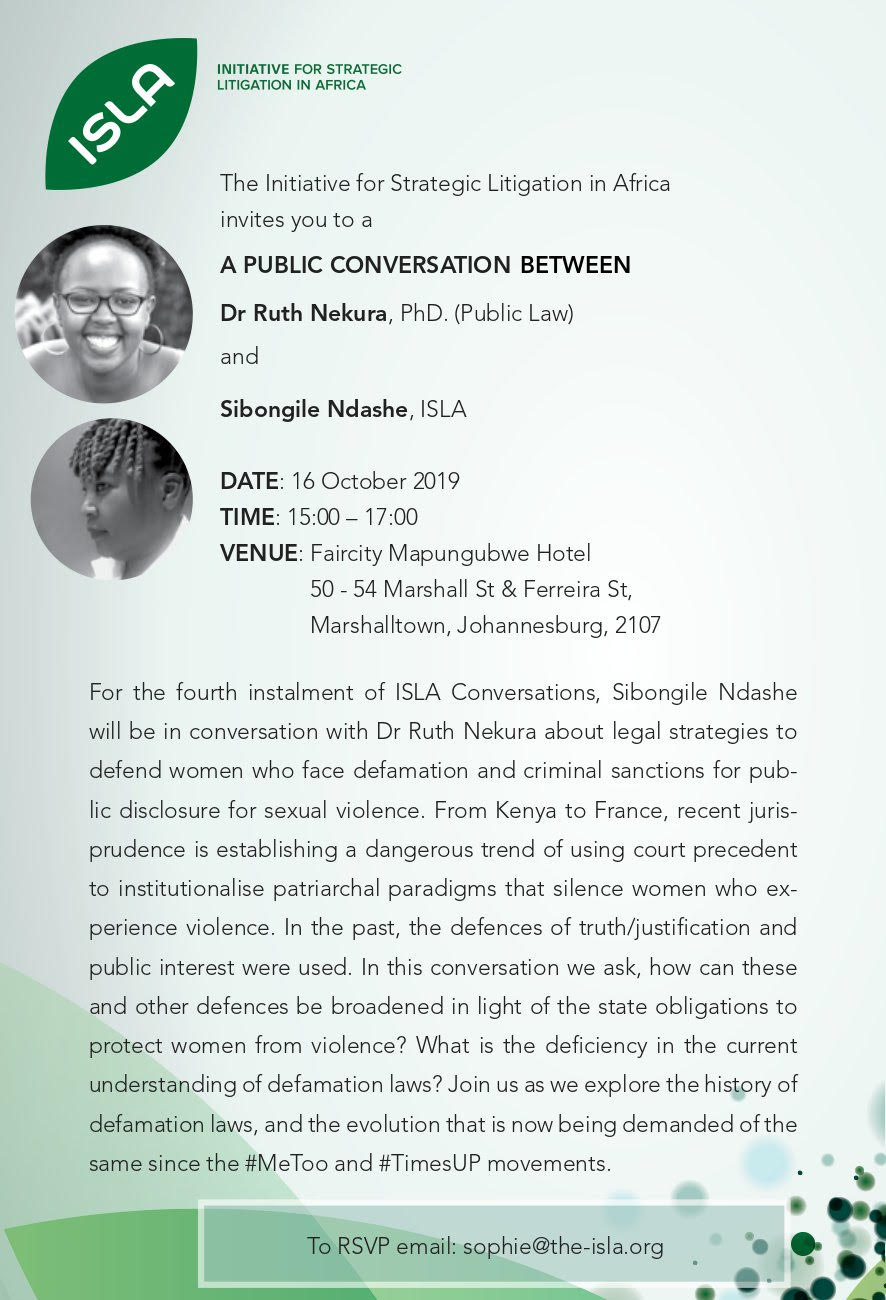 The Initiative for Strategic Litigation in Africa invites you to a public conversation between Dr Ruth Nekura, PhD. (Public Law) and Sibongile Ndashe, ISLA

For the fourth instalment of ISLA Conversations, Sibongile Ndashe will be in conversation with Dr Ruth Nekura about legal strategies to defend women who face defamation and criminal sanctions for pub­lic disclosure for sexual violence. From Kenya to France, recent juris­prudence is establishing a dangerous trend of using court precedent to institutionalise patriarchal paradigms that silence women who ex­perience violence. In the past, the defences of truth/justification and public interest were used. In this conversation we ask, how can these and other defences be broadened in light of the state obligations to protect women from violence? What is the deficiency in the current understanding of defamation laws? Join us as we explore the history of defamation laws, and the evolution that is now being demanded of the same since the #Me Too and #TimesUP movements.