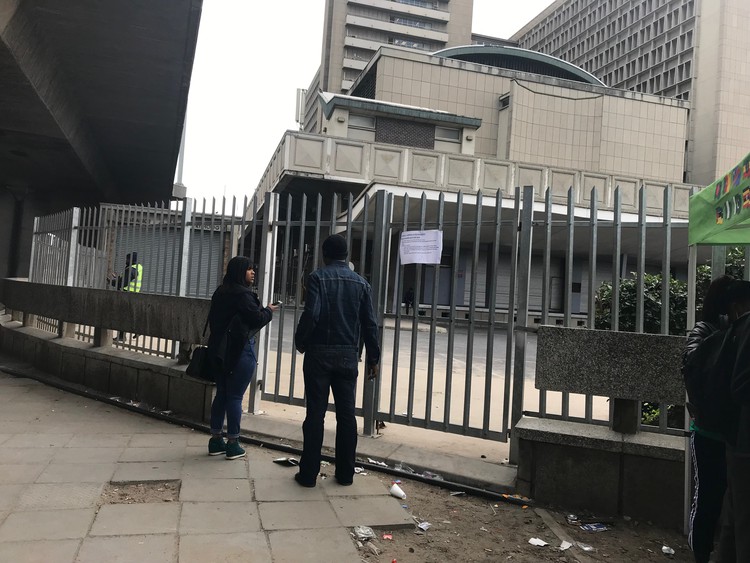 The Legal Resources Centre (LRC) is asking the Western Cape High Court to order the Department of Home Affairs to commit to a deadline to reopen its Cape Town Refugee Reception Office.

The legal battle between refugee organisations and Home Affairs began in 2012 when Home Affairs closed its Cape Town office to new asylum applications.

On 29 September 2017 the Supreme Court of Appeal (SCA) ordered Home Affairs to reopen the office to its previous fully functional capacity by 31 March 2018. This meant the centre had six months to again start processing new applications. Home Affairs was also ordered to submit monthly progress reports.

In its report to the LRC in January, Home Affairs said that the Department of Public Works had identified land in Maitland. The new office was set to open on 1 June 2019, it had said.

Weeks after this deadline passed, the LRC, on behalf of the Scalabrini Centre, Trustees of Scalabrini Centre and Somali Association of South Africa, filed an application to the High Court on 27 June. They want Home Affairs to submit a detailed plan for the new office including an updated timeline, tasks completed so far, and reason for missing its June deadline.

No court date has been set.

The LRC said that the purpose of reporting regularly was to ensure that it could monitor compliance with the SCA order and hold Home Affairs to account. “The non-responsiveness by Home Affairs left no room for us to engage with them on possible alternatives to avoid further litigation.”

Renewal and extension of asylum permits

The LRC also plans to argue that Home Affairs was not adhering to a ruling made in another matter known as “the Nbaya” case. In May 2018, the High Court ordered Home Affairs to renew or extend asylum seeker permits at its Cape Town offices, irrespective of where the person first applied for asylum.

On Monday, GroundUp spoke to Mohamed, a 28-year-old Somali national, at the offices of PASSOP, an organisation focused on the rights of immigrants in South Africa.

Mohamed said he applied for refugee status in 2010 in Pretoria but relocated to Cape Town a year later for better job opportunities. He went to the offices at the Foreshore and was told he could not renew his permit there. The permit allows him to work and study in South Africa.

Mohamed said he then travelled to Pretoria on 21 June but was told that Somalis were only assisted on Thursdays, once a week. He returned empty-handed because he did not have money for accommodation and food, he said.

“I left my country because there was lots of chaos, infightings [civil strife], killings, and life was difficult. I am afraid I may get arrested. I feel helpless,” he said.

When asked why Home Affairs was still not assisting people like Mohamed, Hlabane said, “The office does not take newcomers at this stage, except for family joining. Applicants who made the application outside Cape Town are allowed to finalise or extend in Cape Town. We are not aware of any person who was sent away.”