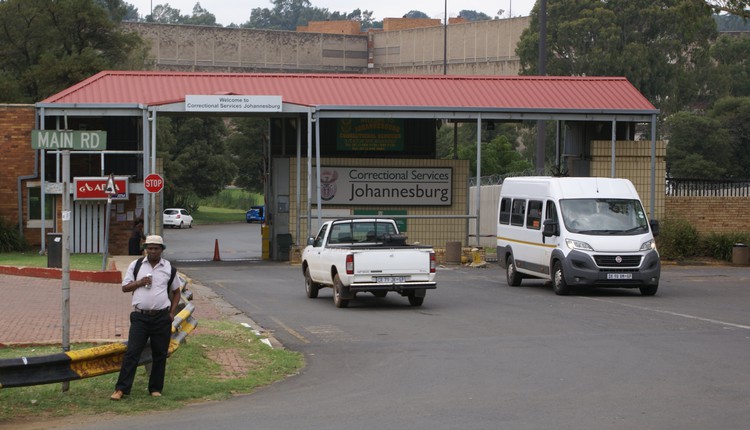 In January 2018 inmates complained to Acting Judge Wentzel in the South Gauteng High Court that they were going 20 hours between meals because of lack of staff. They were being served lunch and supper (consisting of bread and jam for the most part) at 1pm each day. This was expected to last until breakfast the following morning.

In a damning judgment Wentzel ordered DCS to ensure prisoners were served three meals a day, properly spaced throughout the day. She also stated that “it is high time” that inmates were served a hot meal of meat and vegetables in the evening “to sustain them”.

While the inmates are now receiving three evenly-spaced meals a day, they say that instead of a hot meal of meat and vegetables they are served bread and a sachet of juice powder.

Inmates say the refusal of prison authorities to honour Wentzel’s court order violates their human rights and the Correctional Services Act. The Act requires food to “be well prepared” and to be “served at intervals of not less than four and a half hours and not more than 14 hours between the evening meal and breakfast during each 24-hour period.”

The DCS has a completely different interpretation of Wentzel’s judgment. “The department was never ordered to serve a specific kind of meal for dinner. In terms of the court order, the department was ordered to serve three meals and also comply with the Correctional Services Act in terms of intervals between meals. The order has since been implemented effective from 6 September 2018. Inmates are served three meals which are spaced accordingly as per the court order,” says the DCS.

While Wentzel does make specific reference to a hot meal of meat and vegetables in her judgment, she did not include it within the order.

However, they say their efforts were sabotaged when the prison failed to arrange transport to the court. Judge President Dunstan Mlambo saw no urgency in the matter, which has now been set down on the normal roll.

Lucas Mokholo, head of the PMC, says inmates have been victimised for daring to take prison authorities to court. They have been subjected to indiscriminate cell raids that tried to humiliate them and “physically molest them in the cruellest way possible.”

The prisoners also claim to have been uprooted in the middle of the night and transferred to other prisons, without following due process or the requirements of the Correctional Services Act.

The PMC’s court application states that prison officials “proudly informed all and sundry that no judge will come and tell them how to run and/or execute laws” within the prison.

When PMC members attempted to bring the matter to court in November 2018, they arrived too late to argue their case. In papers filed before the court, they argue that one of the paroled PMC members managed to make it to court in time, only to hear that the other PMC members would not be in court as they had been transferred to other prisons. This was a lie, they argue.

Furthermore, the PMC’s court file had inexplicably disappeared from the court. Inmates say this was orchestrated by prison officials to frustrate its attempt to seek justice.

Responding to the claim that prisoners were prevented from travelling to court to have their matter heard, the DCS says according to its records, no requisition was made for the inmates to travel to court.

“In terms of departmental policies, whenever inmates intend to approach the courts on their own initiative, they are required to do so through their lawyers or family members. It is only when the courts request their appearance in court that the department has a duty to transport them. The department prides itself with its efforts towards ensuring that the rights of inmates are respected and upheld at all times. The allegation that the department is deliberately sabotaging the case and their rights is untrue.”

In response to questions from GroundUp, the DCS in Gauteng says it notes with great concern the allegations of harassment of inmates involved in litigation against the prison. “So far, we have no knowledge of any harassment in that regard because no complaint has been lodged regarding the allegation. However, we will look into the matter.

“General and surprise searches are part of the Correctional Services routine which is done to enhance security and to minimise criminal activities which may take place within correctional centres. It is done to ensure a safe and secure environment for officials, offenders and the public at large.”

Ironically, facilities company Bosasa (now called African Global) – which has been the subject of damning corruption allegations at the Zondo commission of inquiry into state capture – is the company responsible for providing meals at the prison. Mokholo says the PMC will apply to the Zondo Commission to provide testimony on behalf of prisoners relating to African Global.