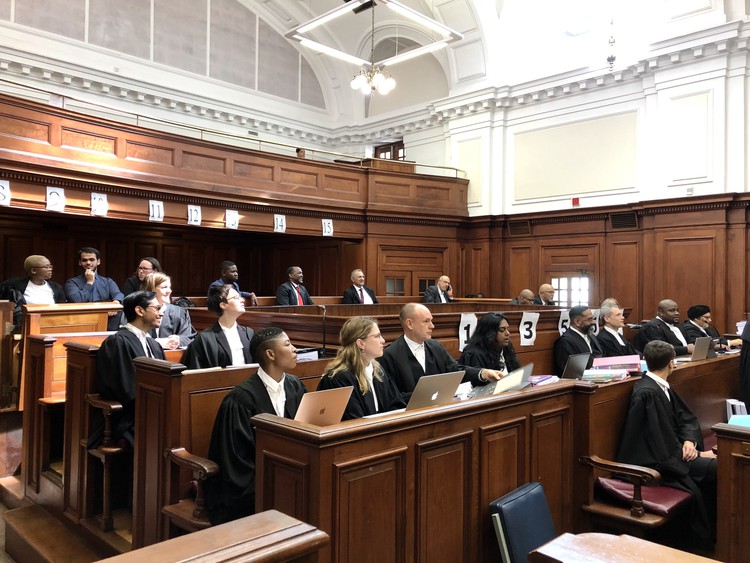 No social housing has been built in the inner city, says judge

Judges in the Tafelberg case questioned arguments by the Western Cape government on Wednesday about the decision to sell the valuable property to a private school instead of building social housing on the site.

The case, being heard in the Western Cape High Court, will determine whether the site of the former school in Sea Point, should be sold to the Phyllis Jowell Jewish Day School for R135 million, or developed as social housing.

Eduard Fagan, advocate for the province, continued his arguments from Tuesday discussing the financial impact that developing Tafelberg for social housing would have on the province’s budget.

Judge Patrick Gamble reminded Fagan that government had not developed any social housing in the inner city, despite claims that projects are in the pipeline.

Fagan responded that no legal principle had been broken. He pointed out that the Social Housing Act did not stipulate that social housing must be built in central Cape Town. “It’s fundamentally unaffordable for the province to develop this property as social housing, and … that’s the end of the matter,” he said.

It would cost the province R104 million, or 5.2% of the housing budget, to develop 270 social housing units on the Tafelberg site, said Fagan. “If it’s sub-optimal, it would not be sensible to allocate resources to it.”

Judge Monde Samela pointed out that the government had made many promises regarding social housing that had not been kept, and that many Capetonians did not trust that the “pipeline projects” Fagan referred to throughout the case would come to fruition. Samela emphasised the importance of laying out what steps the province is taking to implement these projects.

Fagan argued that the province was helping to build housing on the periphery of the city for those who have no housing, but Judge Gamble interjected, reminding Fagan that a group of people were excluded from the government’s aid. He said there are people who cannot afford housing in the city and do not qualify for RDP housing, or government-subsidised housing.

The discussion shifted to whether the Tafelberg site should have been included in Cape Town’s “restructuring zone” which would have meant a national government subsidy could be applied for to build housing. Fagan argued that Sea Point was not included in the zone, and there was no obligation to ask the national minister to clarify the language describing the zone.

Judge Gamble suggested perhaps the province didn’t ask the question because it didn’t want the answer.

”Of course, people are entitled to desire better locations in Cape Town,” said Fagan, but the priority of the government was to help those who have no housing.

After lunch, advocate Nazreen Bawa spoke for the City of Cape Town. “The remnants of apartheid are still prevalent throughout the city, throughout the province and throughout the country”, she said, acknowledging it would be foolish to think otherwise. However, she said, this would not be changed overnight. “It’s progressive, it’s not immediate, and we have to work towards it. There’s no instant gratification.”

She said limiting the definition of “central Cape Town” ignored social housing developments the City had completed. She said the section 26 Constitutional obligation of providing access to adequate housing did not mandate a specific type of housing in a specific area. Bawa suggested the development of a central business district in Mitchell’s Plain and Khayelitsha would reduce the strain on the city centre.

Bawa said the City accepted there are huge benefits to providing housing and schooling closer to where people work, but “that’s entirely different than saying we haven’t complied with section 26 of the Constitution.”

“It’s not fair to say the City has done nothing for a period of 25 years.”

Regarding Tafelberg, Bawa said, “The City had no part in the decision and takes no responsibility for the consequences of the decision, … but we wouldn’t say no to R135 million.”

The Phyllis Jowell Jewish Day School was supposed to present its case today, but the arguments have consistently gone over the allotted time so the school’s advocate will speak on Thursday.

The case will now conclude on Friday.