Samuel Nndwambi’s murder conviction was overturned. But only after he spent 12 years in prison. 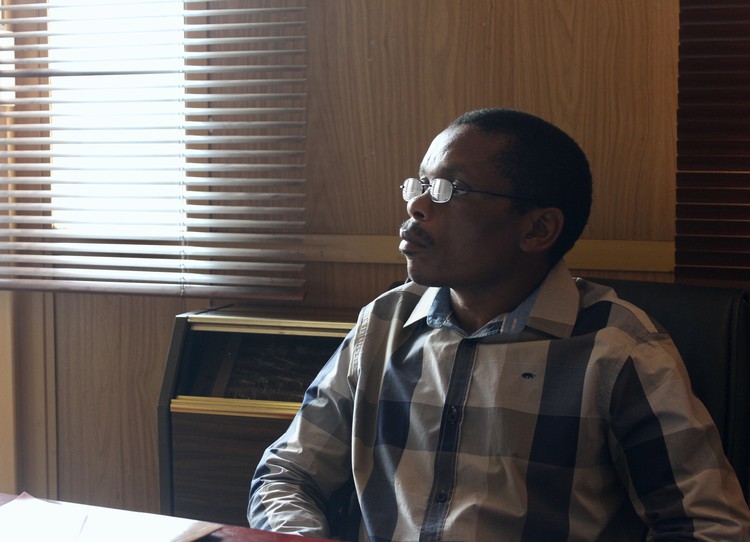 Samuel Nndwambi’s murder conviction was overturned. But only after he spent 12 years in prison.

He says he can never forgive the state

Samuel Ntshavheni Nndwambi was a carpenter and breadwinner for his wife and three children. One late afternoon in early 2006, Samuel was completing a table for a client in his home carpenter workshop in Thohoyandou when police came to arrest him.

“I was shocked. When I asked the police why they were arresting me, they said, ‘We will talk when we get there.’” A few months later, after a brief trial, Samuel was transported to Kutama Sinthumule maximum security prison to begin a life sentence for murder. He was 39 years old.

On 14 June 2018 the Supreme Court of Appeal (SCA) ordered his immediate release, saying that then Acting Judge Ephraim Makgoba had convicted Samuel on scant evidence.

“Life is hard in prison, especially when you know you are innocent,” says Samuel. “You get up in the morning and you know you did nothing. And you’re amongst people who have actually committed violent crimes. You are lost. You don’t know what you are doing there, but there’s nowhere to go.”

Interviewed in Thohoyandou, Samuel’s eyes dart around the room. He rubs his legs and shifts in his chair while speaking about his time in prison. Next to him sits one of his three co-accused, former taxi driver Marcus Mulaudzi, who is calm and soft-spoken. Marcus was released in 2016 after a successful appeal to the SCA. He served ten years of his life sentence.

The deceased in the murder case was Shavhani Ramusetheli, a school principal from Thohoyandou. The first and second accused were Leroy Mushweu and Piet Mudzugu, both of whom are still in prison. Marcus and Samuel were the third and fourth accused.

“They had enough evidence to convict accused number one,” says advocate Agnes Ramanyimi of Sigwavhulimu Attorneys, who was part of both successful appeals. She explains that DNA matching Mushweu’s was found on the crime scene. “But Mushweu tried to extricate himself by implicating Marcus and Samuel, claiming that he was pressured by Samuel to commit the crime and that Marcus had driven them to the scene in his taxi,” she says.

According to the SCA, Mushweu’s testimony was the only evidence the state had against Samuel and Marcus, and could not be relied upon to convict. “No evidence was led by the state other than that of the accused who incriminated his co-accused,” the judgment states.

“I don’t think I will be able to forgive the state … I think there is no justice.”

Marcus says he had only met Mushweu twice. “He had a girlfriend in Shayandima [a village in Thohoyandou] and took my taxi there twice,” he says. Samuel says he was only briefly acquainted with his co-accused.

Ramanyimi says she became aware of Samuel through her involvement as counsel on Marcus’s case. “We looked at the court records and thought it would only be just to assist [Samuel] as well,” says Ramanyimi. “We approached his sister first and got to know the family. We went to him in prison to ask if we could represent him. We then terminated the mandate of Legal Aid, and that is when we started with the paperwork.”

In order to appeal against a conviction one has to have trial transcripts, but these cost money. “Something needs to be done about this,” says criminal law expert William Booth. “The costs in some of the appeals I have dealt with were between R18,000 to R100,000 to have the record transcribed. These costs need to be borne by the appellant. This means often the appellant cannot carry on with his appeal.”

Booth says that indigent appellants represented by Legal Aid should be able to access their court records for free. But after the lack of progress with Legal Aid Samuel was now represented privately and would have to pay for the records, which Ramanyimi says cost R37,000. “He didn’t have the money, so we paid for the transcripts and represented him pro bono,” says Ramanyimi.

Samuel’s sister Florence Thinyelo Nndwambi is a tailor who says she earns R800 to R1,000 a month. “I contributed what I could towards the transcripts but it is difficult just to get by so, it was tough to contribute anything,” she says.

Marcus says he was only able to appeal because he got help from his cousin Sam Mulaudzi.

“I paid about R500,000 assisting him over a period of about ten years” says Sam, who is an entrepreneur in the construction business.

“There can sometimes be rich-man’s justice,” says senior journalist Carolyn Raphaely of the Wits Justice Project, which investigates miscarriages of justice in the criminal justice system. “I think Legal Aid lawyers are also very overworked and this often means things take longer to get done,” says Raphaely.

“The most difficult thing for me was the fact that my family had been evicted from where we were living and I couldn’t do anything to prevent it,” says Samuel. “Until today, we don’t have a place that is really ours.”

“The worst thing for me was constantly living in fear,” says Marcus of his time in prison. “People would get stabbed while I was watching.” He says one of his cellmates often got violent. “I just felt unsafe all the time,” he says. “Also, when the wardens were having their own quarrels everybody would get a beating, for nothing.” He says they sometimes had to wait up to four days for medical treatment after a beating by the wardens.

“I prayed everyday. I accepted that even if I die tomorrow, it’s fine, because I am dying believing in God,” says Marcus.

“Believing in myself helped me to keep going from day to day,” says Samuel. “I also sprinkled snuff and declared my belief to my ancestors.” He says he didn’t make any friends in prison. “I became used to the people who were with me in my cell, but they were just people I lived with. I would not call them friends.”

On the day he was released, Samuel says he was busy doing his laundry when he was called. “It was about 4pm. I was actually scared because I wasn’t sure where they were taking me. It might be a lie. Anything was possible there, so I refused.” He said only when a senior warden came to explain was he willing to comply.

He returned home to his wife and children. “All my friends left. It is only family now,” says Samuel. “My child who is working is the one who bought me the clothes I am wearing right now. He also buys the food that I eat everyday. They are happy that their dad is back.” He says he no longer has carpentry tools or a workshop space and his employment prospects are slim.

When Marcus was released two years ago he found that his wife had left and his child had dropped out of school. “After I left, things fell apart. The family just split. They didn’t have any direction because they depended on me,” says Marcus.

“I was confused as to where do I go. Where do I stand? What do I do?” He says his friends came on the day to see if he was really out and he didn’t see them again. He now lives in a dilapidated house with his mother. “It is humiliating to go from earning good money and providing for my family to here.” 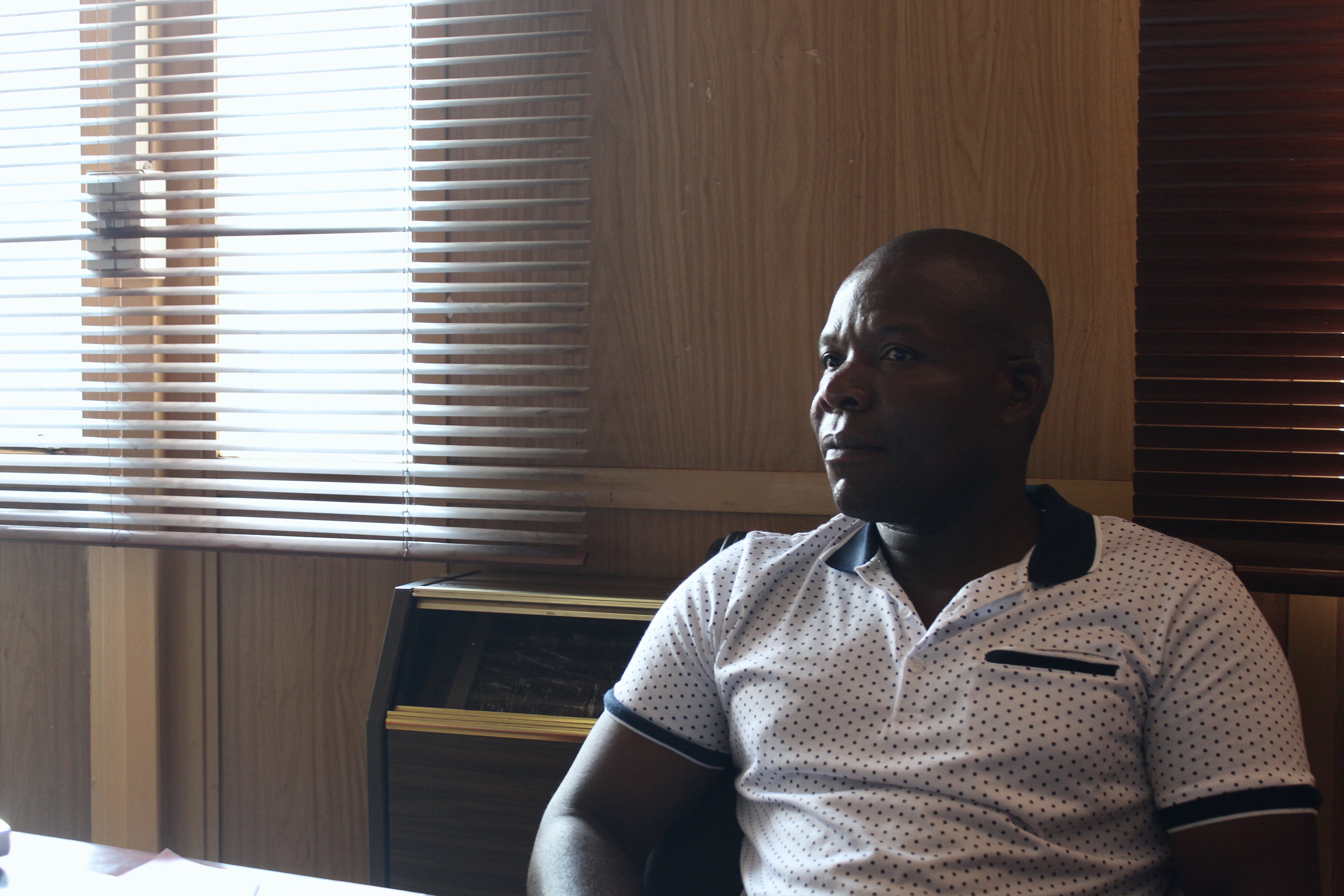 Marcus Mulaudzi spent a decade in prison after being wrongfully convicted of murder. He was exonerated in 2016. Photo: Aidan Jones

This judgment is one of several handed down at the Thohoyandou High Court that were subsequently overruled by the SCA. On 29 March 2017 the SCA set aside Nndwambi Mudau and Tshivhangwalo Rathogwa Mudau’s life sentences which Acting Judge Makgoba had handed down on 14 July 2003. The SCA said the trial contained “gross procedural irregularities” and that the right to a fair trial had been infringed. Life sentences were also set aside on 30 November 2015 in the case of Khavhadi v the State (459/15) and on 31 March 2014 in the case of Tshakwata and Another v the State (522/13), the SCA citing lack of reliable evidence.

“Believing in myself helped me to keep going from day to day.”

The National Registry of Exonerations in the USA has identified 2,271 exonerations since 1989 in that country alone, the equivalent of “more than 20,080 years lost”. According to Raphaely, this registry is unique globally. She says in South Africa there are no proper statistics for the amount of wrongfully convicted people. “It is difficult to solve a problem when you don’t know its scope … I think prosecutors tend to underplay its prevalence,” says Raphaely.

Felicia Sithole of Statistics South Africa confirmed that the state agency does not collect data on wrongful convictions.

Asked if he thinks he will ever be able to forgive Mushweu and the state, Samuel shakes his head vigorously. “No, no, no. Never.”

“I may say now that I could forgive but every time I saw accused number one [in prison] I got angry. I boiled up,” says Marcus. “The thought of forgiving him doesn’t really cross my mind. I don’t think I will be able to forgive the state … I think there is no justice.”

This is the first in a series of articles.