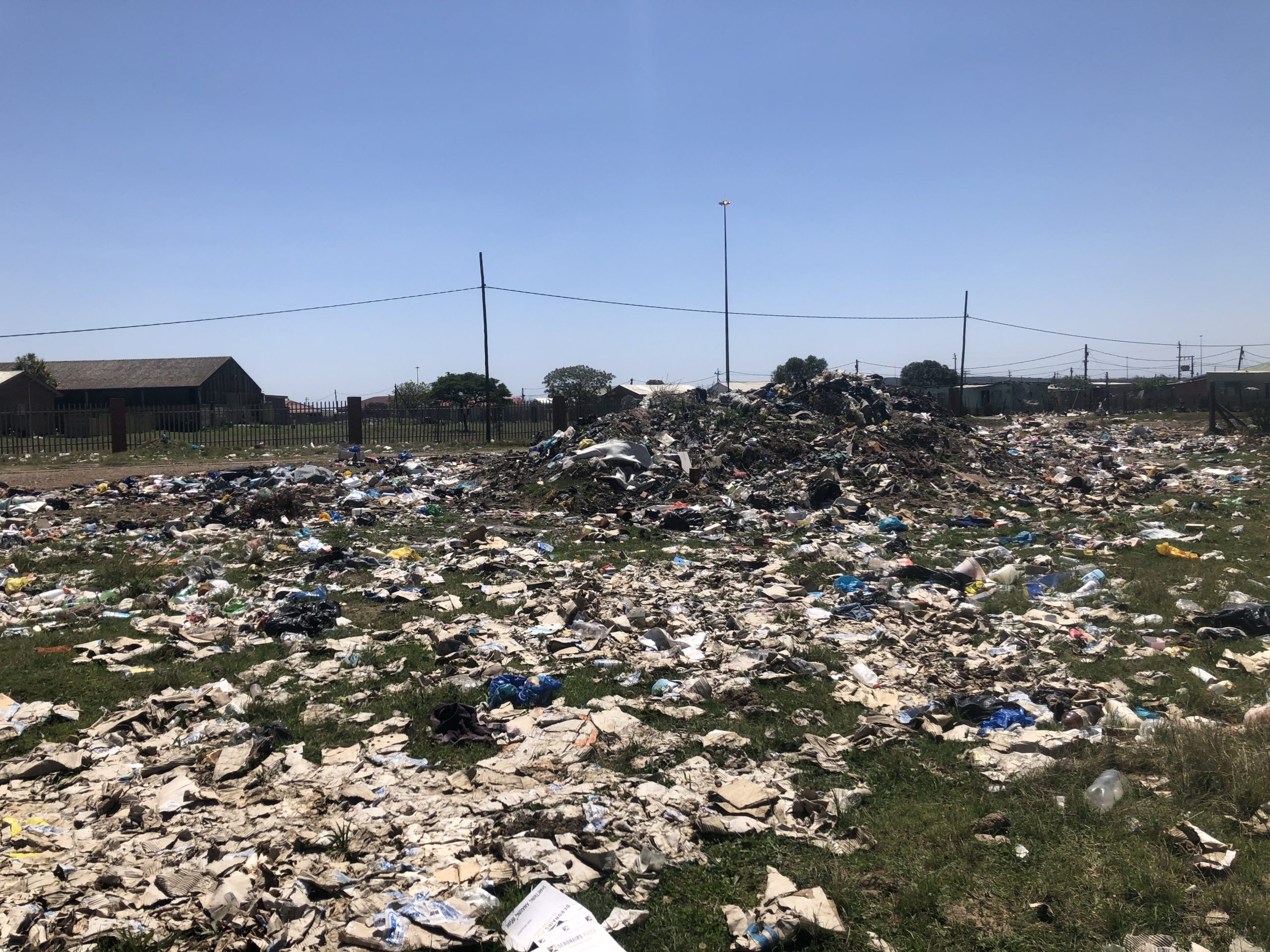 “Our homes smell like sewage and rubbish” says resident

Frustrated Makhanda residents and a High School in Joza are taking the Makana Municipality to court over alleged negligence and inconsistent waste management.

They are also demanding that the City appoint a qualified Waste Management Officer to ensure that it abides by the National Environmental Waste Management Act (NEMWA) and Section 24 of the Constitution which protects the “right to an environment that is not harmful to their health or wellbeing and to have the environment protected through reasonable legislative measures,” the Legal Resources Centre (LRC) said.

Vuyelwa Maholo, committee chairperson, said: “We are suffering a lot because our homes smell like sewage and rubbish. Everything is broken or leaking, and when we go to the municipality and tell them these things, they do not follow up.”

Maholo says that on windy days, the rubbish from the illegal dumpsites blows into homes and the surrounding schools. When it rains the rubbish blocks the gutters, causing sewage build up. There was a sewage leak five metres from her front door, possibly caused by an illegal dumpsite some 100 metres down her road.

According to the community’s court papers, Makana municipality’s waste management system is in “disarray” and has led to the establishment of illegal dumpsites across the township.

“Rubbish is strewn in the streets, across open fields, [and] gutters [are] blocked by refuse. Illegal dumpsites are situated on numerous plots of vacant land around Makhanda, predominantly in poorer areas and next to public schools.”

Since 2019, there have been multiple disputes between municipal workers and the City regarding protective gear and salaries. These disputes brought all rubbish collection to a standstill for months. Although refuse collection started again in April 2019, “the underlying problem of irregular and insufficient refuse collection persists,” said the community.

In a statement earlier this month, the LRC said that “the residents made numerous attempts to get the municipality to carry on its job in terms of collection and disposal of waste. Residents were given promises that illegal dumpsites will be removed. That never happened.”

The municipalty did not respond to multiple requests for comment by the time of publication.

The LRC told GroundUp that Makana had filed opposition papers on 20 October, but that they had not heard from the other respondents yet.

A date for the hearing has not yet been set.